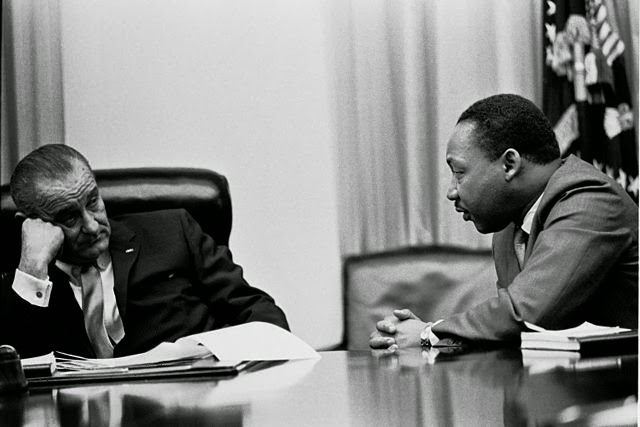 Today is Martin Luther King Jr. Day, the US federal holiday on the third Monday of the month in which we have since 1986 remembered Dr. King's January 15 birthday and contemplated his legacy cut short by an assassin's bullet.

As Rep. John Lewis tweeted this morning, "Today is a day not just to remember the legacy and sacrifice of Dr. King, but a day to reaffirm our own commitment to continuing the struggle to create the beloved community."

Been there, ain't letting that happen ever again. 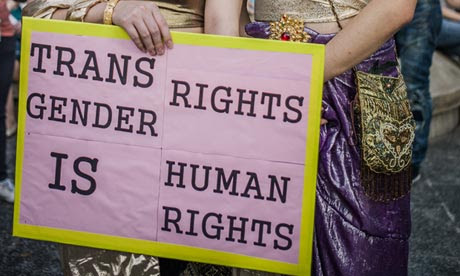 Yes, we have our own ongoing human rights war that is raging, and it is one we trans humans must be tough minded enough to win again a vast array of opponents who range from right wing conservatives, our disco-era TERF enemies to haters even inside our SGL community ranks.

We are aware of the fact that right wing haters are shifting tactics in their Culture War and increasingly using transpeople as the main focus of their hate rhetoric.  We cannot let that bull feces go unchallenged.

As we fight for out human and constitutional rights, we also have to deal with the scourge of shame, guilt and fear in our own trans ranks.   We have to alert for trans sellouts who are willing to throw us all under the civil rights bus for their own safety, comfort and fiscal gain just to enjoy a measure of pseudo cis privilege that will evaporate the nanosecond their trans status is revealed.

We need trans people who are tough minded enough to push trans human rights forward, not peeps hiding in the shadows complaining it isn't happening fast enough as others sit by their computer terminals, twiddle their thumbs and criticize the people putting their butts on the line on social media.

As Dr. King reminded us, "Life’s most persistent and urgent question is, ‘What are you doing for others?"

While we trans people have urgent work to do to advance trans human rights forward, we also have to be mindful of the fact that we must be diligently working to do things for others.

So what will you personally do to make the beloved community a reality?

Are you registered to vote in this important 2014 federal election cycle?   Are you going to forums when your city, state and federal reps conduct them to let them know they have a trans constituent  who is concerned not only about their own human rights but the rights of others?

Are you taking time out of your day when possible to speak in front of your city council or other governmental entity?  Are you getting involved in helping to organize community events and supporting them when they occur?  Are you passing down our community history to the younger generation?
Are you visibly living your life to the best of your ability?

For those of you who are our cis allies, are you calling out instances of anti-trans hate when they occur in your community?   Are you doing what you can to learn about our issues?   Are you forming lasting friendships and working partnerships with trans people?  Are you reinforcing the point that trans people are human beings to other cis people who haven't bought that vowel and a clue yet?

Trans people are part of the diverse mosaic of human life, and we intersect and interact with many communities on multiple levels.

As you think about the humanity of transpeople being intertwined with that of other human beings on this planet we share, remember what human rights warrior Julian Bond said that is so apropos on this day.

"The humanity of all Americans is diminished when any group is denied rights granted to others.”

So as this MLK Day recedes into the history books, a question we should all be pondering is how we transpeople can be intersectionally integrated into this ongoing struggle to create the beloved community that Dr King talked about, and get busy taking action to make it happen.
Posted by Monica Roberts at 12:00 PM