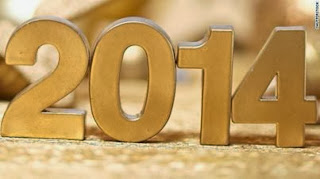 Happy New Year TransGriot readers!   We made it to the other side of another New Year's day, but so did the fools!

And you know I'll be right here to chronicle every fauxgressive misstep, evidence of mind blowing stupidity, jaw dropping hypocrisy, prevarication,  and straight up ignorance in 2014 as we approach the fifth anniversary this Shut Up Fool feature on January 30.

So let's get busy calling out our first set of 2014 fools shall we?

Honorable Mention number one is Tommy Christopher, whose whitesplaining Mediate piece defending Ani DiFranco if it was satire, was horribly done and read like vanillacentric privileged racist claptrap.

Y'all know I had to throw somebody from the home state in this mix, and Honorable Mention number two goes to christohater Pastor John Hagee.  He's trying to get his lost christohate cred back in the wake of San Antonio passing their comprehensive non-discrimination ordinance last September that included gender identity and sexual orientation language.  He parted his lips to say that atheists need to get on a plane and leave the country.

Why don't you lead by example Pastor Hater, er Hagee?

Honorable Mention number three I have to go north of the border for in Toronto's crackhead Conservative mayor Rob Ford.   Homeboy has filed to run for reelection despite his disastrous and controversial year in office that saw him make a late bid for 2013 Shut Up Fool of the Year..

Just say no on October 27, Toronto.

Honorable Mention number four goes to Mandi Harrington, who in her zeal to defend Ani DiFranco for her plantation screwup, told Black women essentially to get over slavery, then donned virtual blackface in a failed and easily detected train wreck of an effort to masquerade as a black woman supporting DiFranco.

Pro Tip: Next time you try to fake writing like a Black woman Mandi, try not to choose the name Laqueeta for starters and leave the Ebonics out of it.  Like fingerprints, writing styles are unique   It's a dead giveaway every time you vanillacentric privileged peeps try that crap online because you don't have a grasp of our cultural nuances and the way we internally think about issues.

And yeah, IP addresses can easily be traced.

FYI, we Black peeps are not going to get over talking about slavery anytime soon no matter how much you vanillacentric privileged peeps who wish to forget and ignore that reprehensible crime against humanity wish for it to happen.  The world and the USA we African-Americans live in circa 2014 is still shaped and affected by what happened during that time, and you're being intellectually dishonest if you think otherwise.

2014's first weekly Shut up Fool award winner goes to Ani DiFranco, for cluelessly coming up with the idea of having a feminist music retreat on a plantation, getting a 'tude when she got righteously called out about it by Black feminists and this blogger, cancelling it and writing a fauxpology that pissed people off even more before finally saying the words 'I'm Sorry' in the one she wrote yesterday.

In the middle of all this unnecessary drama, the predictable white women's tears from her supporters flowed to heap more insults and injury to Black women and point out once again why many of us (myself included) have less than favorable opinions about feminism.