Because the right wing haters are losing here in the States and in Canada, in order to prove their worth to the people funding them and get victories elsewhere, they are exporting their hate overseas to Russia, eastern Europe, Africa, Brazil, the Caribbean and Central America with deadly results to our TBLG people in those parts of the world.

Belize has been one of the Ground Zeroes for that hate campaign.  It has been invaded by US based fundamentalist evangelical hatemongers pimping that special brand of hate speech and seeking to aid the indigenous haters in that Central American nation fighting a three year battle to keep the colonial-era Section 53 of Belize's criminal code alive.

The case was heard by Belize's Supreme Court of Judicature in May 2013 with the backdrop of death threats and violence aimed at local LGBT activists..

Section 53, “carnal intercourse against the order of nature with any person or animal.” is an existing criminal statute that can lead to 10 years of imprisonment for private sexual acts between consenting adults of the same sex which.the constitutionality of is currently being challenged.

Because this case is being watched closely in Anglophone Caribbean nations with similar laws, the US based religious right groups went all in on this fight.  They provided legal, financial and other assistance and advice to the Forces of Intolerance in Belize trying to keep this law on the books and in the process sowed the negative seeds to keep LGBT sex illegal in as many countries as possible.

A consequence of this is while US based LGBT rights group are fixated on marriage equality,  they are losing the overall LGBT human rights battle overseas as the right wing haters cut their losses in North America and Western Europe and shift to a strategy of denying BTLG rights passage in the rest of the world.

They are not only finding a receptive ear to their message, but the anti-TBLG hate they are stirring up in these nations they conduct these campaigns in.in the process is resulting in increased levels of anti-trans and anti-gay violence for our rainbow brothers a sisters in these nations.. 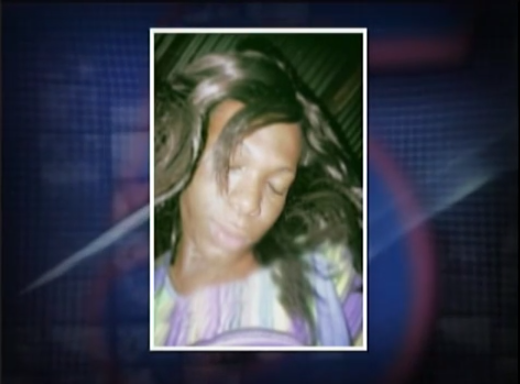 That confluence of evil had fatal consequences for 18 year old trans teen  J. Sanchez, who was stabbed to death January 12 in Belize City by two assailants who approached her from behind on bicycles a few weeks short of her 19th birthday.

The attack was captured on video and while the police are claiming it was a robbery, the family and Belizean TBLG advocates insist it was a hate crime and point to the fact nothing was stolen from Sanchez to buttress a robbery claim.

The US State Department and UNIBAM have  weighed in with statement on this hate crime in Belize.

“We send our condolences to Joseph’s friends and family and the entire LGBT (Lesbian, Gay, Bisexual and Transgender) community in Belize,” she said, urging Belizean authorities to swiftly investigate the killing.

“And we echo the government’s commitment to ensure that all citizens, without exception, enjoy the full protection of the law. No one should be subjected to violence because of who they are or who they love.”

Nope, but there are so-called Christians people hellbent on fomenting trouble so that is the end result.