Jared, Those Trans Women Are The Reason You Have A Golden Globe Award

After Kerry Washington and a too long list of African-American actors and actresses were dissed and dismissed at the Emmy's, I didn't even bother watching the Golden Globes.

Maybe I should have.

Jared Leto won a Golden Globe for playing the trans character Rayon in the movie Dallas Buyers Club which is a movie I have yet to see.

Leto is being taken to task this morning for the tone deaf acceptance speech that he made while accepting the Best Supporting Actor award..

"I did not ever use any prosthetics in this film…that tiny little Brazilian bubble butt was all mine."

"It was a very transformative role, I had to do a lot of things to prepare. One of the things I did was wax my entire body including my eyebrows," he shared. 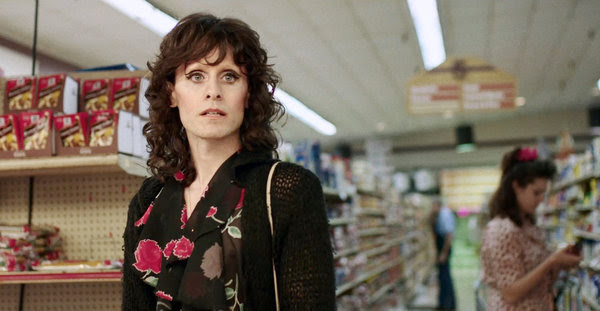 "I'm just fortunate that it wasn't a period piece so I didn't have to do a full Brazilian [wax]. Ladies, you know what I'm talking about though…and so do some of you men, I think."

He did end it on a serious note.  "I want to thank my team for making this so fun and giving me this incredible life, and to the Rayons of the world, thanks for the inspiration."

But there are some trans women like Jaila Simms who aren't laughing.  In a comment she posted on FB and shared with me, Simms put him on blast for that speech.


The (Salon) article rings VERY true. ESPECIALLY KNOWING that other great transgender actresses were passed up so that Leto could play the role. Furthermore, he further disconnects trans people from being anything other than physical novelties, and not actual people facing REAL SHIT! You won an award for playing a TransWoman with AIDS and all you can say in your speech is some corny a$$ joke about waxing your body hair!!!??!!! CeCe McDonald is being released from 19 months in jail today for defending herself from a hate crime, Laverne Cox and Janet Mock are pioneering in media for trans women, DOMA was just passed, little trans kids are bullied, depressed, and dying!! And it was a platform to honor, respect, and enlighten and that moment was diminished. Without THAT ROLE, THAT LIFE, THAT "CHARACTER," there wouldn't have been AN AWARD!!


I doubt a trans actress in a #trans role would have been as trivializing & embarrassed as Leto. #goldenglobes @glaad http://t.co/3U0iEH3oWG

As Jaila said, trans women and their very real lives are the reason you have that Golden Globe on your shelf now.  Too bad that point didn't come across in your acceptance speech last night..
Posted by Monica Roberts at 10:00 AM