Bullied Trans Teen Girl Being Charged For Defending Herself

When 16 year old Jewelyes Gutierrez got fed up after being bullied by three girls for being trans and defended herself, the last thing she was expecting after the November 15 fight at Hercules HS was to be charged by the Contra Costa County DA for it.

But that's exactly what has happened in this case.  Gutierrez is being charged with a single count of misdemeanor battery for defending herself against three cis female attackers who had been bullying her.

Wanna guess what happened to the bullies?  Nada.

What the hell was Contra Costa County DA Mark Peterson and assistant DA Dan Cabral thinking?  One of the girls takes spit laden gum out of her mouth, threw it in Jewelyes' face, and Jewelyes is the one getting charged?

You've got to be kidding me. 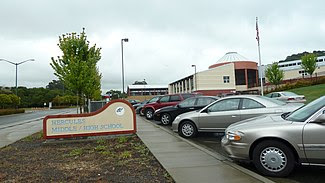 "When I initially received this case, I was shocked that the district attorney's office decided to charge Jewelyes," said Kaylie Simon, Jewelyes' public defender.

"I don't understand quite why the District Attorney's office would prosecute someone who's already been a victim of bullying. I think it's a further victimization of somebody who's been a target of homophobia and transphobia."

So do I.    DA's Peterson and Cabral need to drop the charges they leveled at Jewelyes and let the school handle it, which it already did with suspensions to all the girls involved.

Charles Ramsey, the President of the West Contra Costa School Board, says this should have been a teachable moment and not "something that should rise the level of where it has to go to the District Attorney's office for prosecution."

So do the right thing Contra Costa DA's office.  Drop the charges.

TransGriot Update: Here's a petition asking the Contra Costa DA to do precisely that.
Posted by Monica Roberts at 12:00 PM