CeCe McDonald's Getting Out Today! 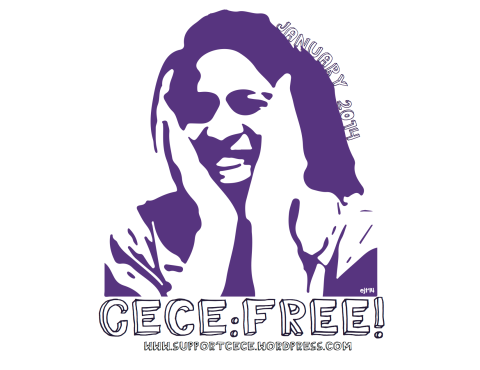 Assuming there are no complications and everything goes smoothly, today is the day that we've been waiting for ever since the news broke after Christmas that our unjustly incarcerated sister CeCe McDonald will be released from jail.

I say unjustly incarcerated because she was sentenced to 41 months in jail for defending herself against a transphobic hate attack instigated by Molly Shannon Flaherty and neo-Nazi sympathizer Jonathan Schmitz that he unfortunately died during it.

But she was the only one charged until the mounting outrage over it, protests and a Change.org petition that drew over 18,000 signatures probably led Minnesota authorities to finally arrest and charge Flaherty for her part in instigating it.  She only served 180 days, Cece has spent 19 months imprisoned for basically defending herself..

When she finally does get out, I know our first instincts as a community will be to envelop CeCe in love and wrap our collective arms around her.   We'll get our opportunity to do that later.   But in these first few days post release, give her a few days of privacy to hang out with her family, enjoy her freedom, just chill and honor whatever requests she makes of us for now..

When she's ready to do so, we'll probably see CeCe pop up at a few events of her time and choosing. 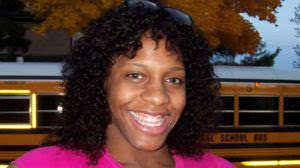 This was the note dated January 7 that the CeCe McDonald Support Committee sent out after the word broke that she was getting out today.

The rumors are true: CeCe is scheduled to be released from prison in January. She will wait and write a public statement about her release after she gets out of prison, because she wants to tell you all in her own words and own time. She would like to spend her first days out in privacy, with people she feels close to. Again, information about her release will be shared when CeCe feels it is the right time to do so. In the meantime, she and her support committee ask everyone to be patient.

We are excited to throw her a party soon after her release. As soon as the venue and date are confirmed, we will announce! This party is a chance for everyone who has been supporting CeCe to come out and celebrate her release with her.

Many of you are eager to send contributions of money or materials, to aid in her transition home. Keep an eye on the Facebook page for specific ‘asks’ in the future. Right now, because of the incredible support of her community here in Minneapolis and around the world, she will be safe, comfortable, and cared for when she rejoins us. Please consider sending a donation to other incarcerated people or abolition movements. (Check out the Rainbow Defense Fund).

CeCe has one more request: after her release, she’d like to make a scrapbook documenting the worldwide support she’s received. If you’ve organized an event, held a sign at a rally, or created art inspired by CeCe, please send it to mpls4cece at gmail dot com.

We'll also be looking forward to the release of the documentary that Laverne Cox  and Jac Gares are working on entitled FREE CeCe! 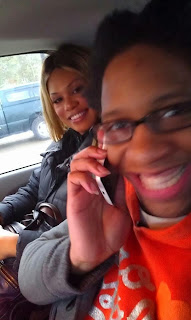 Finally, we can say the words CeCe is free.   And it will be nice to see what the next chapter of her life brings.

TransGriot Update:  It's official.  At approximately 8:30 AM CST,  CeCe McDonald was released from the Minnesota Correctional Facility – St. Cloud according to an official at the prison.
Posted by Monica Roberts at 1:30 AM