It's Another TransGriot Blogiversary-8 Years And Counting 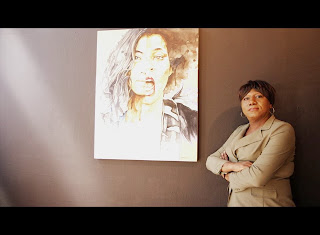 One thing I can promise you dear reader is that you won't be disappointed. There will be times I'll make you laugh. Other times I'll touch your heart. Then there will be the occasional time or two when I piss you off. But my goal is to make you think and expose you to some of the drama that African-American transpeeps (and transpeople in general) deal with.
--TransGriot, January 1, 2006    'Happy New Year!'

That was the closing paragraph from my initial post when I started this blog on New Year's Day 2006.  Can't believe I'm still doing so almost 7500 posts later.

New Year's Day 2014 marks the 8th year since I had the challenge issued to me by my little sis from another mother Jordana LeSesne to pick a hard date to start a blog.   Mission statement came five years later.

Jordana patiently listened to me as I griped during one of our phone conversations in November 2005 about the lack of Afrocentric trans blog in the starting to blow up blogosphere.  After listening to me complain about the situation, she asked, "So when are you going to start one?"

She pressed me to pick a starting date for it because she knew me all too well. If I started getting bogged down in multiple projects, the blog ran the risk of getting put on the back burner.  Jordana stayed on my behind until that first post went up.

I chose January 1, 2006 and a few moments after midnight on that date my first post went up.

So you TransGriot readers have Jordana to thank for giving me the nudge I needed to get it started, and several awards and over 5 million hits later her faith in me and my writing skills was rewarded.

And she was right in saying our Afrocentric trans community needed a voice in the emerging blogosphere, so why not let it be mine?   You TransGriot readers have not only liked what I've had to say on these electronic pages, the 5 million plus hits tell me you take time out of your busy days on a regular basis to read what I post.

I thank you for doing so.

As we move into Year 8, I'm rapidly approaching the 5.5 million hit milestone along with the 7500 post one.  It's the fifth anniversary of me doing my Weekly Shut Up Fool posts y'all eagerly await every Friday.  I plan to do more of the TransGriot Ten Questions Interview posts and start doing a TransGriot Shut up Fool of the Month.

You know if I'm invited to do so, I'll cover the conferences and events I'm able to attend, starting with Creating Change 2014, which is in H-town this year.

And yes, to the consternation of my haters, I'll continue to tell it like it T-I-S is about the issues of the day and the things that impact Trans World and our community.

God willing, the game plan is to do so for the foreseeable future.

Happy Blogiversary TransGriot.
Posted by Monica Roberts at 12:30 AM