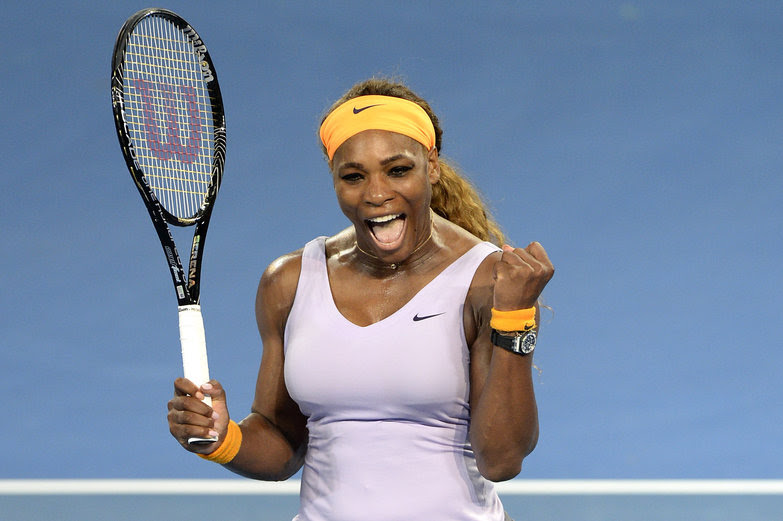 The 2014 edition of the Australian Open gets cranked up later tonight my time (January 13 there) and my fave tennis playing siblings are Down Under to handle their Grand Slam tennis playing business in Melbourne.

Hopefully by the time this tournament concludes January 26 Aussie time, they will be taking homes some trophies and a couple of nice seven figure checks.

Serena hopes to win her sixth Australian Open women's singles title and first since 2010.  If the world's number one player and the tournament's number one seed is successful in doing so, she would pick up Grand Slam singles title number 18 to tie her with Chris Evert and Martina Navratilova on he all time list.

Little Sis opens her quest for that sixth Australian Open singles title with her first round match against Australia's Ashleigh Barty.

Unseeded Venus is also playing singles in this tournament.  She opens up her quest for her first ever Australian Open singles title with a tough first round match against 22nd seeded Ekaterina Makarova of Russia.

And yes, the Williams sisters are entered in the doubles tournament.   They are seeking their fifth Australian Open doubles title and their first since 2010.  As usual they are unseeded, but that hasn't stopped them from walking away with Grand Slam double crowns before.

They open up their Aussie Open doubles play against the US duo of Madison Keys and Alison Riske.

So as usual, I'll be keeping an eye on my fave tennis playing siblings this year throughout this grand slam tournament Down Under and the others as this year progresses.