Who Died And Made Y'all The Femininity Police? 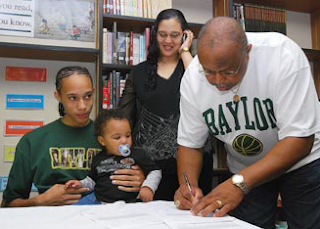 While doing the research and searching through YouTube video for the Brittney Griner post, especially the one in which she's being interviewed, I noted that far too many comments from the haters ensued which questioned her femininity and made snide references to the movie Juwanna Mann in doing so.

In light of that I have to ask the question, who died and made y'all the femininity police? Are you little boys feeling jealous because some of you are Brittney's height or shorter and don't have her hoops skills? 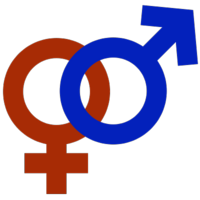 You haters need to take some remedial science classes. The bottom line is that you get half your genetic material from mommy and half your genetic material from daddy. In addition to that, all human life at conception is female. You don't come out as boys on the other end of that nine month developmental journey inside mommy's womb until certain things happen during the eight to twelfth weeks of pregnancy that put the fetus firmly on the male development path.

That means, for the scientifically illiterate, if the hormone wash doesn't happen, you haters would have feminine names, be wearing heels and hose and wouldn't have the Almighty Phallus to grab at regular intervals.

It also means that you get a blend of physical characteristics from mommy and daddy and some interesting combinations as well. I know women who have deeper voices than Brittney does, and have you ever heard Toni Braxton sing certain notes? I also know men with feminine facial features and body builds, and women with big hands, long arms and big feet. 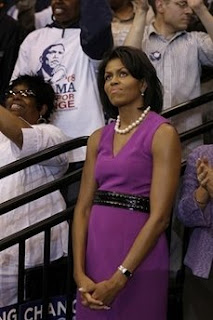 But this speaks to some of the larger issues I've talked about. The fact that Black women's images have been under attack for several centuries and we are considered less than beautiful and feminine. Too many times Black men, who are supposed to be our swords and shields in standing up for us and calling out the haters have aided and abetted in that image destruction. If you are a woman above 5'7" tall and have what are considered 'masculine' features, you're automatically assumed to be a transwoman or insultingly called one as Ciara and a depressingly long list of Black women have been.

Even the so called 'proof' of bearing children doesn't end that negativity hurled at them. Just ask our 5'11" First Lady, who was disrespectfully called 'Stokely Carmichael in a dress' by Faux News conservaidiot Juan Williams. 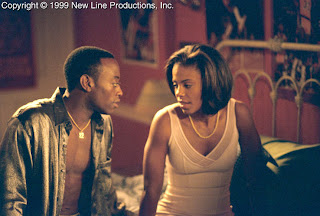 There was even a scene in one of my fave movies Love & Basketball that illustrates this. Sanaa Lathan's character Monica Wright is a high school superstar baller in this movie who could really care less about the feminine pursuits like her mother and sister until other women start chasing her love interest, her longtime next door neighbor and basketball prodigy Quincy McCall.

At her high school spring dance during her senior year she reluctantly gets glammed up for the event after losing the city championship game earlier in the day. She's enjoying herself, and while taking a dance break she's comfortably leaning forward in her chair with her legs spread instead of sitting ruler straight on the back of the chair with her knees together while wearing her dress. Two boys walk by and you hear them say loud enough for her to hear it "I'm a man" as they chuckle to themselves. Monica then instantly snaps into 'feminine' seating position. 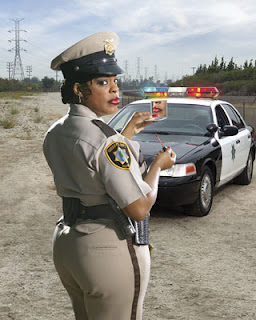 It ain't just 'the menz' who are guilty of femininity policing. Women can be just as bad or even worse in some cases. Be a girl who is interested in sports or who isn't in their judgment 'feminine enough' for their tastes and watch the catty remarks come flying off their tongues.

The point is that it's arrogantly ignorant of men to think that they can and have the power to make that judgment call on who is and isn't feminine based on your exposure to the Jet Beauty of the Week, rap videos or Playboy and King magazine photo spreads and it needs to stop.
Posted by Monica Roberts at 2:05 PM

Amen to that! It seems far to many men are scared stupid by the thought that any woman can out compete them in any field that they consider 'masculine'. The fact that Brittney could play rings around 99% of men while blindfolded just adds to their insecurities. Society desperately needs to break free of the old 'masculine' & 'feminine' stereotypes if we are to make any progress.