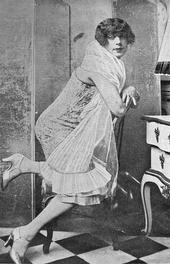 Germany's transgender community has an interesting and tumultuous history. In 1930 the first surgery was performed there in Berlin with Danish transsexual pioneer Lili Elbe. Tragically, Lili is also buried in Dresden after dying from complications from an additional surgery in 1931.

In addition to supervising Elbe's groundbreaking surgery, much of the research and terminology concerning transsexual issues was either done by or coined by Magnus Hirschfeld at his Institut für Sexualwissenschaft housed in Berlin.

It's also no accident that one of the first public book burnings after the Nazis gained power took place on May 6, 1933 in front of Hirschfeld's office. Years of research and volumes of books were burned in what a New York Times writer called a 'bibliocaust'.

It also ushered in the dark period in which some of the first concentration camp internees into Dachau were gay and transgender persons who wore the pink triangles on their prison uniform. The pink triangle is now in addition to the rainbow flag the universal symbol for the GLBT community.

Germany has a transgender law on its legal books since 1980 called the Transsexuellengesetz or the TSG in German. It has come under fire from German transpeople because it allows for first name changes, but not for legal gender changes unless you had SRS. If you were married, you had to divorce your spouse and have SRS before the gender change was allowed. 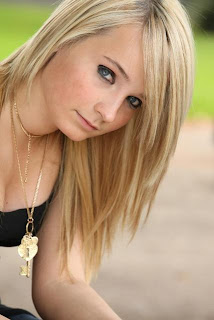 Thanks to a June 2008 court case, that is no longer the case, and the court also ordered the German legislature to modernize the TSG within a year.

It's also home to Kim Petras, who at 16 is believed to be the youngest person to have undergone GRS. Kim's case has been closely followed for several years, and as of this writing has arguably become to the rest of the world the most well known person representing the German transgender community. Kim has also signed a recording contract and is doing some modeling in her homeland as well. 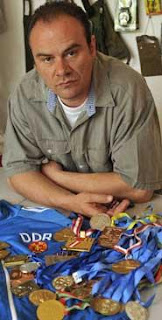 Kim's not the only German transperson whose recently garnered international attention. In the wake of the East German Olympic athletic doping scandal Andreas Krieger was front page news as he testified in 2000 at the trial of former East German sports official Manfred Ewald and doctor Manfred Höppner.

Recently transman Bailian Buschbaum has also been in the news in the wake of his transition after retiring from international pole vaulting competition in 2007.

While German transpeople still report facing some challenges, organizations such as Transgender Network Berlin, a consortium of 21 Berlin based transgender groups are trying to keep the positive momentum going while seeking to expand outside the German capital city.

The other thing they want to expand is their civil rights and continue to ensure that things improve for all German transpeople as well.
Posted by Monica Roberts at 1:13 AM