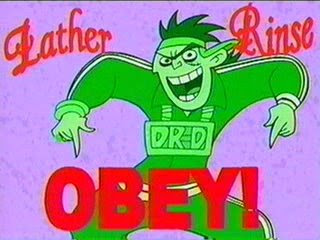 After checking out the conservahijinks at last weekend's CPAC convention in Washington DC, it made me wonder if Dr. Drakken's brainwashing shampoo was handed out to the convention attendees.

That's a nice segue into my latest song rewrite. Since new GOP chair Michael Steele wants to do 'hip hop outreach', thought I'd help the brother out and poke fun at him, the GOP and Rush Limbaugh at the same time. 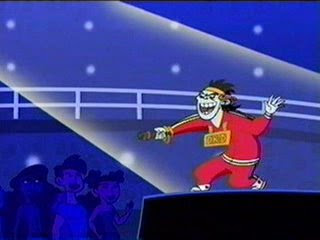 Shego, give me a beat.


Rappin' Rushbo
(sung to the tune of Rappin' Drakken)

Obama ain't no star
Hate his liberal repertoire
I know I'm nerve racking
So quit that yakkin'
Think I'm out?
It's on and crackin' 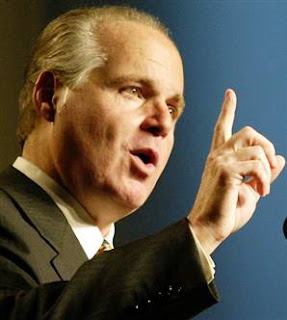 Thanks to the Obama team
The GOP can't be seen as mean
Would I lie to you?
Or your boo?
I'm tellin' y'all what you have to do

The GOP can do a rap song
Time to get your vote on
Take some OxyContin and get that cranium rinsed!

For Sheezy it's off the heezey.
Posted by Monica Roberts at 11:01 PM

Glad you did. That song when I saw the video just begged for a rewrite.

bwahahahaha! It needed to be said. On point, Monica!

Oh my gosh. Amazing. My brother and sister-in-law are in Orlando right now, and he is most excited to see the new Kim Possible attraction (he's 26). I'm totally going to have to send him this link.