I Love Interviews-Except At Queerty 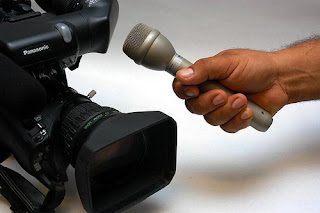 One of the things I love to do and see as an important part of informing and educating our allies and others about transgender issues is transgender people speaking openly and honestly about our lives if you feel comfortable doing so.

Over the course of my 15 year transition I've done numerous print, radio, blog and podcast interviews with GLBT and non GLBT media. I've even been shown on TV twice for non transgender reasons. The people who have conducted them have done so in a courteous, loving and intellectually curious manner that made it a joy to be a part of those situations.

As the leading (and so far only) transgender blogger who focuses on transgender, GLB and other issues from an African-American perspective I get interview requests that if I can work them into my schedule I'm happy to do, especially if it involves POC or African-American media. 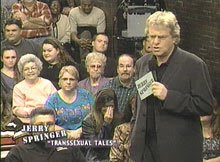 But there are limits to that availability. If the publication is openly hostile to African-Americans or transgender people, or is seeking the interview more for sensationalist rather than serious educational reasons, I'm turning it down.

Jerry Springer's people actually called me back in 1998 to ask me if I'd come on their show. He had long since slid into treating transgender issues as a joke or a sweeps month ratings boost, so I told them 'hell no and lose my number'.

In the wake of my 'Your Pink Sheets Are Showing' post that criticized the racism in the GLBT community, was posted on Queerty and led to me being viciously attacked by its readers with racist and transphobic comments, its editor Japhy Grant wanted me to do an interview on Queerty with him which I have repeatedly declined.

One major reason is because I have not received an apology from him for the attacks from his readers when he posted the Pink Sheets article on his blog. Second, it is my right to do so, especially after Queerty has continued to live up to its perception based on its comment threads that it is a less than friendly place for transgender people. It devolves to hostile for transgender people of color and our allies who express opinions that run counter to the groupthink of the Log Cabin Republican/HRC gays that comprise some of its readership. 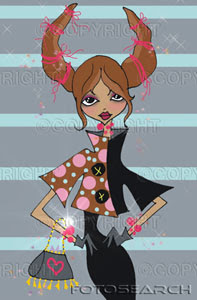 But Japhy seems to arrogantly think that he can bully me into doing an interview on his site. You can't bully a Taurus once their minds are made up into doing anything they don't want to do except pay taxes and die.

I'm making it clear that I'm not doing a Queerty interview. I just posted a commentary which gives crystal clear evidence of the depth of the transphobia that's endemic with some of the commenters on Queerty.

So why would I subject myself to that again just because Japhy wants an interview and I'm not giving it to him? Calling me names isn't going to make me change that position any faster, and all it's doing is setting my original decision in concrete.

So yes, I love to do interviews-except on Queerty.
Posted by Monica Roberts at 1:16 PM

You can't bully a Taurus once their minds are made up into doing anything they don't want to do except pay taxes and die.

That is true. My spouse is a Taurus, and once she's made her mind up, you can't tell her shit. As a Scorpio, however, I have found that there are ways around this of the passive aggressive variety, but they only work if you're close >:D

The thing I don't get about Japhy is that he consistently gives reason *coughexcusecough* after reason *coughexcusecough* why he just can't do anything about what happens in his community! He doesn't even bother to try, but its only because he caaaaaaaaaan't! But that is totally okay, cause he says hes totes a good ally! so you should just forgive and forget and make yourself into a self-narrating zoo-exhibit (can't remember where I saw that phrase, but its a good one) because he asked so nicely.

Okay, I think I just bled my snark gland dry.

Anyway, you don't owe him squat, and I find it dryly amusing that he seems to think you do.

One thing I see is that many predomnately white lgbt organizations want people of color to cowtow to them as their saviors. Fact: Proposition 8 was lost because these same organizations never reached out to the communities of color.

Unfortunately many lgbt organizations have become staid because they focus on one or two issues instead of reaching out to all the people i the lgbt community.

Oh boo, I think my comment got eaten (maybe queerty is secretly attacking!). Eh, oh well, all I had to say was I don't blame you at all for not accepting that fake olive branch and that I agree with Genevive. Sorry if this posts twice or something freaky like that.

I don't think they realize that superiority complex is what keeps getting their asses into trouble.

You'd think they learn, but this is what you call being stuck on stupid.

Good for you for standing tall.

I can't tell you how many times I have been asked "what do YOU PEOPLE want?"
My friends claim I talk incessantly about being transgender and ask me "well, now you ARE a woman.. why can't you shut up about it?"
sigh

Well as you know you have my full support honey. I think that accusing you of cowardice because you refuse to dance to their drum is ridiculous and a display of privilege. I would like to see Japhy run happy and smiling to interact in a community that is known to be homophobic. I would bet money he wouldn't be to eager to engage.

Thank god your not saleing out; don't be their token and give an interveiw to show how "liberal" and "open-minded" they are.

I wouldn't do it either. Not that my opinion matters on this, but I believe you're making the right decision on this.

Thanks for your comments, everyone.

If Japhy had apologized for the initial negativity, followed by respectfully asking me for an interview, the situation may have turned out differently.

Basically, Japhy's inviting you to be a target an a shooting arcade. Who could resist THAT 'special' invitation, and what a thoughtful host!

Or the honored guest at a lynching party.

Offer is still on the table, Monica. Guess who also is a Taurus? :)

Stick to your guns!

This is just a joke to Japhy and people like him, but you don't owe that jerk anything.

I sometimes read Queerty, but only when I want to get angry at people in our community who are making things worse instead of better.

That'll happen when Ted Haggard and James Dobson shows up at an HRC fundraiser to give the invocation.

You still haven't apologized for the hateraid I received from your KKKweerty readers.