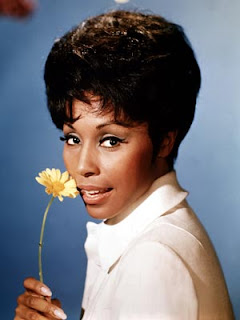 When I was a kid, Must See TV was the show 'Julia' featuring trailblazing Tony and Emmy award winning actress Diahann Carroll.

She was born Carol Diahann Johnson in the Bronx, New York on July 17, 1935 and as an infant moved to Harlem's Washington Heights neighborhood. She attended Music and Arts High School with one of her classmates being actor/artist Billy Dee Williams.

One of her first roles was in the 1954 movie Carmen Jones playing a friend to Dorothy Dandridge's Carmen. In 1962 she became the first African-American actress to win a Tony award for her role of Barbara Woodruff in the musical No Strings and was nominated for an Academy Award for Best Actress for the 1974 movie Claudine. 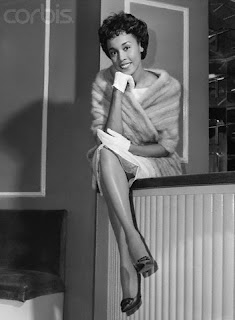 Those of you who grew up in the 80's and 90's remember her playing Dominique Deveraux on ABC's Dynasty and its The Colby's spinoff and for the recurring role as Whitley's mother Marion Gilbert on A Different World for which she received an Emmy award nomination in 1989. She also had roles in the 1991 movie The Five Heartbeats and the 1997 movie Eve's Bayou.

Folks who watch Grey's Anatomy will see her as Jane Burke, the demanding mother of Dr. Preston Burke.

She's also a breast cancer survivor and has become a spokesperson and tireless advocate in fighting the disease in our community. 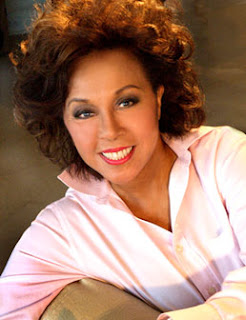 But one of the things that I have always loved about Diahann Carroll is to me, if you look up the words 'class' and 'sophistication' in the dictionary, you'd probably see a picture of her pop up.

She's got it going on, no matter what decade you stick her in. Best of all she just carries herself with class and sophistication at all times. It's been interesting to me since I've admired her for a long time to see her evolve and gracefully age.

She's an example to me like Lena Horne and my mom of the timeless beauty of Black women. And that's a legacy of class, style, elegance and sophistication that I work diligently at being worthy of.
Posted by Monica Roberts at 8:51 AM

I remember watching a biography on her and she mentioned (and this was some years ago, so I may be off on the specifics) how she went from private school to public school as a kid and some of those kids thought she'd be weak and pushover and she had to show them the business very quickly. Her whole point was that just because she's prim and proper doesn't mean she's weak. And I could relate to that with my own childhood.

When I think of Diva (and I mean the good definition of the word), I think of royalty who light up the room with class, grace, beauty, strength, elegance and opulence. Be it an Elizabeth Taylor, Joan Collins, Patti LaBelle and of course Ms. Carroll.

Ms. Carroll is also an idol of mine because she's very regal, sophisticated, strong and intelligent and in essence debunks every negative stereotype that pervades about blacks.

She's an inspiration on so many levels.

Thank you for posting this.

We were faithful Julia watchers when I was a kid. :)

I loved Julia but I loved her on A Different World even more.

I watched Julia every week. She always looks great, and is smart. What an inspiring person