UK Fans, Told Ya You'd Regret Getting Rid Of Tubby 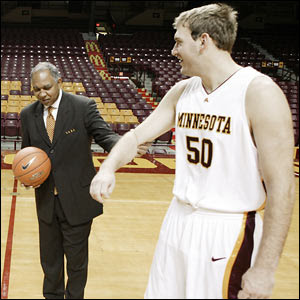 Back in March 2007 I wrote a post called 'Quit Hatin' On Tubby' in which I called out the racist elements of UK's fan base for their yearly 'Fire Tubby' rhetoric despite the fact the first African-American coach of this storied program had a winning record (263–83) during his award winning ten year tenure there.

His crime was despite leading the Wildcats to four Elite Eights and six Sweet 16s, five SEC regular-season championships, five SEC Tournament crowns, seven SEC East division titles, having a 52-18 record in March, a 35-4 record en route to the school’s seventh NCAA Championship in 1998, leading the Cats in 2003 to a 32-4 record, a perfect 16-0 regular-season SEC  record and a 19-0 sweep of league opponents, he wasn't winning enough championships to satisfy the impossibly high and unrealistic standards of UK basketball fans in a 21st century college b-ball landscape of increasing parity.

In that post I made this prediction about what would happen to UK's basketball program if they forced Tubby out. 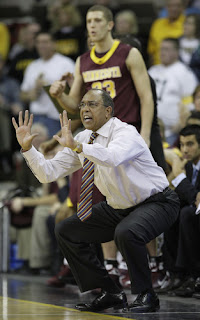 So what would happen if the haters got their wish and Tubby got canned? First of all a coach with Tubby's pedigree wouldn't be unemployed long. He'd be coaching somewhere else before the next season started. UK would get lambasted in the national press and by the college coaching fraternity for doing so.

They would instantly cede basketball supremacy in the state to Louisville. The negative fallout from the firing would ensure that many elite and top-tier African-American players both inside and outside the state would bypass Lexington and play at U of L or elsewhere for at least five to ten years. UK will also have a tough time attracting the same type of high quality coach especially after his fellow coaches watched him get shabbily treated by a segment of the UK fan base. 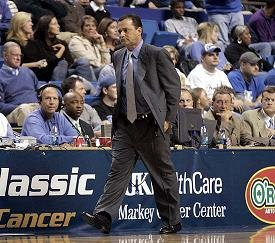 I had this to say about Billy Gillispie being hired by UK to replace him after several high profile coaches such as Michigan State's Tom Izzo, Texas' Rick Barnes and Florida's Billy Donovan, the coach UK faithful lusted after and desperately wanted, all turned down the UK head coaching position, thus fulfilling one of the prediction I laid out in the 'Quit Hatin' On Tubby post.

Gillispie left Texas A&M to come here and I hope he realizes what he's gotten himself into. He could've stayed at A&M, built that program into a national power to compete and beat the hated Longhorns and had the undying love and devotion of Aggies worldwide. I wonder how long a honeymoon he'll have if he doesn't meet the stress inducing expectations of the UK faithful. 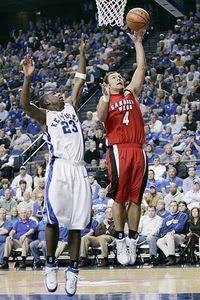 Turns out it lasted until November 6, 2007, the night the then Number 20 ranked Wildcats suffered an embarrassing 84-68 home loss to Gardner-Webb.

UK is on the verge of missing the NCAA tournament for the first time since 1991 and losing its cachet as the winningest college basketball team to North Carolina. If that happens, the latest chapter of 'As Rupp Arena Turns' could get ugly.

But while we wait to see how this basketball drama plays out, let's check out the predictions I made in the wake of Tubby's departure. 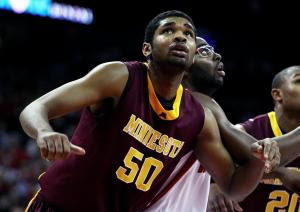 In the meantime, Tubby is getting mad love in the Land of 10,000 Lakes for taking a Minnesota program that went 9-20 the year before he arrived to a 20 win NIT tournament appearance in his first year.

For somebody that some UK fans loudly claimed couldn't recruit, not only set the dominos in place before he left Lexington for the Cats to get Patrick Patterson, but grabbed a Top 20 class for the Golden Gophers that included Ralph Sampson III, the son of former NBA baller Ralph Sampson.

With their as of this writing 21-8 record (the 16th straight year Tubby's coached a 20 win team) Minnesota's poised to return to the NCAA tournament for the first time in a decade.

Tubby's 2008-09 Gophers squad also did something that UK didn't-beat Louisville.

How you like him now?
Posted by Monica Roberts at 9:16 AM

I am a big fan of Tubby Smith. He's a great coach and anybody who was an assistant under Rick Pitino went on to great heights. Tubby has always made winners out of perrenial doormats, of which Minnesota was. I hope Tubby does win a title with the Golden Gophers and sticks it to UK.

Genny,
It was disgusting the euphemisms they came up with to disguise their racism.

Damn, I wasn't aware of what exactly was going on at UK. I live in Minneapolis and the hiring of Tubby Smith was widely celebrated, especially after Dan Monson's tenure.
It wouldn't be like the media to report the racism involved, but after reading about it I am glad Smith is here succeeding and hopefully gets that title!

Invasian,
It was ugly. The racist cadre of fans tried to deny it wasn't about race and that they would hold a white coach to the same standards, but as you probably guessed that's bull.

All I hear about Billy Clyde right now is 'give him more time', not 'Fire him!'.

I'm also going to be interested to see how they react if the Cats miss the NCAA tournament.

I'm definitely rooting for Tubby to win another title in Minnesota.

I remember someof the things said about Tubby. Shadows of the ghosts of Adolph Rupp. Even thought I never was a UK fan, I was happy when Tubby won the title. Now I'm rooting for Minnesota.