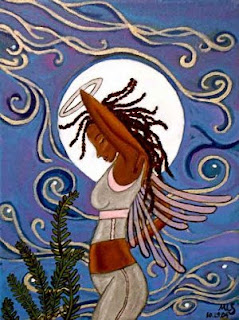 TransGriot Note: This is a guest post I wrote for Womanist Musings coming out of the closet so to speak about being a womanist and claiming the label.

As a transwoman of African descent I've developed during my 15 plus year transition a distaste for feminism.

Much of that dislike of it is multifaceted, but has its roots in the virulent disco-era hatred still expressed by some rad fem drones. It's also fueled by witnessing the lack of support, disrespect, back stabbing and drama given to Black women to the point that they left the movement.

I paid very close attention to the almost pathological hatred that some feminists have for Black men that is rooted in the historical fact that Black men got the vote courtesy of the 1870 ratification of the 14th Amendment several decades before the 19th Amendment gave women the vote in 1920. I also noted that the meme played out once again in the 2008 Democratic presidential primary between then Senators Hillary Clinton and Sen. Barack Obama.

I was annoyed by the naked hypocrisy of seeing feminists rush to the defense of Hillary Clinton and Sarah Palin at any perceived slight during that campaign as well, but their lips were and continue to be zipped for any attack on now First Lady Michelle Obama. 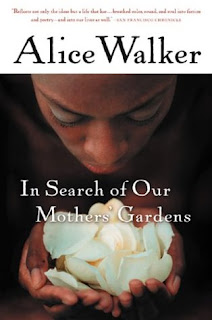 It also didn't escape my attention that some of the loyal cisgender Black female friends in my life tended to identify themselves as womanists.

Being the intellectually curious type I am, I started reading womanist sites and picked up writings by Audre Lorde, Toni Morrison and Alice Walker. I noticed that much of what womanism espouses and had to offer fit my worldview.

But with the rad fem haters fresh in my mind I wondered if there was space in the womanist movement for me and other transwomen of color, or was I setting myself up for more of the same old 70's era transphobia?

I found it ironic that as I was going through my womanist musing phase, a commenter compared my writing style on some issues to bell hooks. I don't know if I can walk in her pumps, but I do consider it an honor to even be thought of in the same lofty company with her. 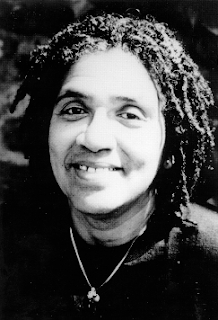 The interview I recently conducted with Renee also jumpstarted my thinking as to why I was reticent in claiming the womanist label for myself. While I've accomplished much in the transgender community on an activist level and still have much work ahead of me still to do, I still had questions in my mind about where I fit, if I could measure up, and had concerns about how my cisgender sisters would react if I did.

So I'm taking a deep breath, stepping out on faith and making the declaration that yes, I am a womanist. I know my journey is far from over and I have much to learn, but I intend to be a compliment to all that the pioneering womanist thought leaders have built. I want to continue taking major steps toward continuing to bridge the knowledge gap between my cisgender sisters and my transsisters on various subjects, and collectively work together toward taking the movement in bold new directions.

And if I continue to learn and grow as a proud woman who happens to be transgender, then that's all good, too.

Posted by Monica Roberts at 1:20 AM

Sigh. I guess us melanin-challenged trans women are SOL. I'm certainly not a WOC, unless you count light olive, so Womanism doesn't really fit. Yet I can't identify with rigid, transphobic, white racists either.

I can still love Toni Morrison's writing though.

Welcome to the club my sister. I am so proud to call you my friend.