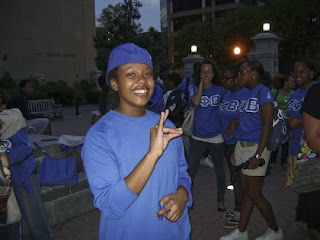 I was checking out the recent story of transman Devin Alston-Smith and the drama that ensued between him and his local Zeta chapter.

It made me recall a March 2007 post I wrote in which I asked the question are the Divine Nine frats and sororities ready to accept qualified transgender people into their ranks.

Judging by some of the negative responses posted in the comment thread of that story, there's a lot of Trans 101 education that needs to happen with some peeps in the Black Greek Letter Organization world. But before y'all start bumrushing the comment threads assuming I'm going to defend Devin, hear me out first. 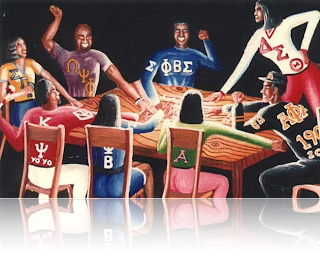 I and many of my transsisters and transbrothers have much love, respect, and admiration for the history, traditions and the historic roles that BGLO's have played in uplifting our race and shaping our communities. I have female family members, female friends and my late godmother who are proud members of their respective historic Black sororities. I look up to them and many of the women in these organizations as role models in terms of my own Black feminine evolution.

But what happened to Devin wasn't cool, nor is Devin off the hook either. It's called Zeta Phi Beta SORORITY, Inc. for a reason, and there is the reasonable expectation that if you're going to pledge ZPB or any sorority you at least be female bodied. 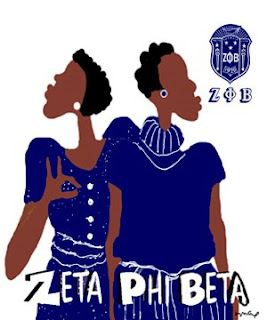 I'm Monday morning quarterbacking here at this point, so I don't know what Devin's state of mind was at the time he was asked to pledge or any of the other stuff that went on outside of what's documented in the article. The truth is probably somewhere in the middle, there are hurt feelings and misunderstandings, and ZPB will handle their business as always and sort things out.

But if Devin was contemplating transition, there were two bigger considerations here besides himself, the organization and the transgender community.

Just like when we are out and about in the world as Black people, every one of us, whether we like it or not is an ambassador to the transgender community. We must be cognizant that our actions, for good or ill will shape the perceptions of the cisgender community toward our own. That is particularly important to bear in mind when what is known in the Black community about transgender people by some of our peeps borders on myth, superstition and willful ignorance. 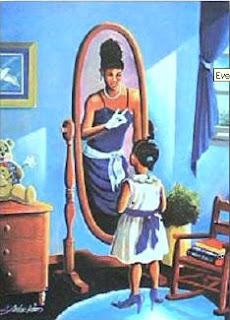 If he wasn't certain of or was still working out the gender issues, maybe he should have held off pledging until he was certain he'd resolved the gender dilemma in one direction or the other, then pursued membership of a BGLO.

Basically what I fear this has done is poison the well within that particular Zeta Phi Beta chapter and made it harder for a qualified transwoman open about who she is, who is down with, has the utmost respect for the history and mission of Zeta Phi Beta Sorority, Inc. and wants to be a part of building it to pledge and gain membership in the organization. I also fear it may have a ripple effect with the other sororities as well.

I'm not selling woof tickets here. Those four sororities have over a half million members, are powerful networking orgs within the African-American community, have international reach and members in business, government, entertainment, sports, the arts and the media. When we are struggling to gain our own civil rights and fighting for respect within the Black community we can ill afford to piss off valuable potential allies.

Especially allies who proudly wear the letters and colors of those four sororities.

Yeah, we could form transgender only fraternities and sororities just as some Black SGL peeps have done in forming their own Greek letter orgs. I'd be long gone from the planet by the time those organizations and any potential one we could form could begin to amass even one tenth of the clout that those four sororities together have built up over the last century. 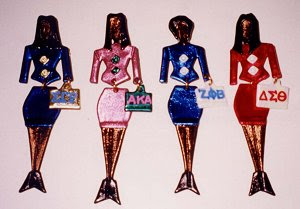 So since transpeople aren't going anywhere and are transitioning at earlier ages, we are going to have situations where as part of their collegiate experience, they desire to join like anyone else these organizations. If BGLO organizations sincerely wish to get a better handle on transgender issues, there are people who are more than willing to do Trans 101 presentation to your orgs so that incidents like this don't happen again.

If you can make room for White, Asian, Latina and lesbian women who are down with the organization to join, what's stopping you from admitting transwomen who dream of one day proudly wearing those colors and doing their part to write bold new chapters in these organizations second century of work?
Posted by Monica Roberts at 1:00 PM

I also wrote another story this week you might be interested in, about a trans man attacked by a group of lesbians at a local gay bar.

If you can make room for White, Asian, Latina and lesbian women who are down with the organization to join, what's stopping you from admitting transwomen who dream of one day proudly wearing those colors and doing their part to write bold new chapters in these organizations second century of work?

A great question. I think fear is easiest answer. But I think it's probably more complex than that. I just hope we manage to get it together.

JoJo,
So do I. I'm a potential legacy member of one of those sororities.

I can think of at least one of those sororities that wouldn't have even halfway considered Devin.

I don't think my Sorors asked enough questions to alleviate a future problem. They should have know how their graduate chapter would act and not want to put Devin through that.

Devin definitely shouldn't have destroyed all her stuff like that though. She should have just turned it in respectfully and not stoop to their level.