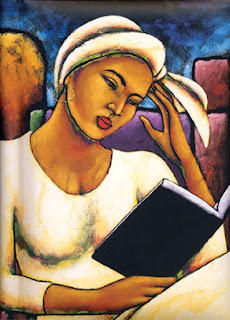 Today I'm going to spend some time hanging out with Lorynn Thibodeaux, Nia Shakur, Marland Devereaux, David Millard, Niki Banks, Michael Lee and the rest of the gang back in H-town and I won't be hopping a flight home to do it.

All it will take for me to accomplish that is sitting down at my computer and using my imagination to visit the world I created for them in the novel I'm working on called On The Wings Of Love.

While I'm garnering an increased profile in the blogosphere as a non-fiction writer (and thanks to all you peeps who do stop by TransGriot on a regular basis and even leave comments from time to time, hint, hint) I also love unleashing my creative side and writing fiction as well. 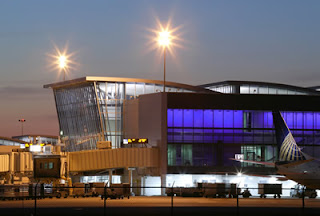 Wings is actually the third novel I've composed, but it's the first in which I didn't have a main transgender character in it. I'm actually working on another one that's centered in 1980's Montrose that focuses on the Black transgender/SGL community there. It's centered on a transgender character named Ebony from my first two novels whose story just begged to be expanded from minor character status. Wings is one in which I drew on my 14 years in the airline industry and all those stories and myriad incidents I've witnessed that beg to be told.

And yes, the names and physical descriptions of the guilty will be changed to protect them.

I've also surprisingly discovered you have to do just as much research or even more for a fictional story than I have to do for some of my blog posts. If you have it set for a certain time period, nothing spoils a story more than for an out of place reference that a savvy reader picks up on.

Wings is set at a fictional Houston based airline and focuses on the romantic travails of New Orleans born Lorynn, who doesn't like Black men. After a nasty breakup with a pilot she caught cheating on her, she meets David Millard, a ramp agent with a mysterious background who is non-revving on a San Francisco-Houston flight she's working on and is attracted to him.

David has issues with light skinned sisters since one broke his heart back during his Southern University college days. That sister, Marland Evangeline Devereaux is newly divorced from her pro ball playing ex, now living in Houston and wants him back.

Then there's gate agent Niki Banks, who's looking for her perfect man, but has yet to realize he's a lot closer than she assumed. There's also Lorynn's roommate and best friend Nia Shakur, who not only dispenses sisterly advice, she's trying to make a love connection with a handsome divorced gate agent who doesn't want to be diverted to Heartbreak City again. At the same time she's being pursued by her ex Quinton, the HPD cop.

The fun thing about writing fiction is that after you create the characters and set up the basic premise of the story, then you go from there. Sometimes the characters...hold up peeps. 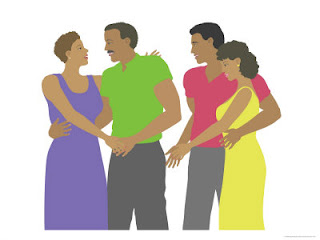 Lorynn, what do you mean you have a problem with how I described you in the initial paragraph. Did you not say that the only thing a Black man could do for you was wash your car and shine your shoes? And wasn't the pilot you were dating married?

That's what I thought. Stop rolling your eyes at me, diva. You'll get your chance to prove 'errbody' wrong. So chill, have a beignet and a smile and trust me on this.

Now where was I? Oh yeah, sometimes the characters take you places you didn't expect to go once you start writing and they start interacting with each other.

It's fun to watch it happen as well.
Posted by Monica Roberts at 8:43 AM