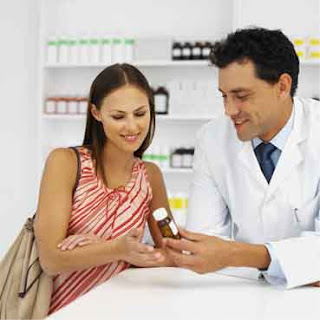 One of the last minute regulations the Bush misadministration pushed through was a policy that would allow doctors, nurses and other health care providers to refuse to treat people who they disapprove of on "moral" grounds.

In other words, it would allow a doctor, nurse or EMT for example to refuse to treat a gay person or a pharmacist to dispense medication to a transgender person for religious or moral reasons. That regulation was timed to take effect several days before President Obama took office and were designed to override state regulations protecting citizens access to care.

These regulations also could impair LGBT patients’ access to care services if they are interpreted to permit providers to choose patients based upon sexual orientation, gender identity or family structure. They also posed a threat to women's access to comprehensive health care by permitting pharmacists to refuse to dispense contraception even when doing so significantly burdens the patient’s access, or to refuse to participate in an emergency abortion even when the woman’s health is at risk.

Thankfully the Obama administration is moving to eliminate this odious rule. It has begun the repeal process for the Department of Health and Human Services regulations regarding "provider conscience." 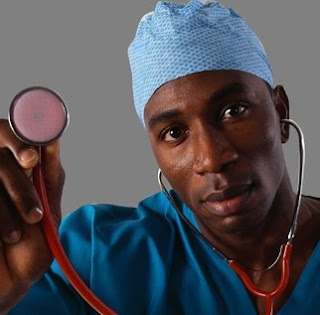 Bottom line, as a US taxpayer whose taxes go to pay to build and equip the medical, nursing and pharmacy schools that train you, how dare you arrogantly assert that you have the right to refuse to treat people or dispense medication because you don't approve of their lives for specious faith based reasons?

Time to stop the conservamadness. If you don't want to treat ALL people who potentially are in need of your services, then maybe you don't need to be providing health care for people, period.

Any Black doctor that agrees with the conservaidiots and this BS regulation that thankfully will be gone soon given the tortured history we've had as African descended people with the medical profession needs their behinds kicked as well.
Posted by Monica Roberts at 12:03 PM

Any Black doctor that agrees with the conservaidiots and this BS regulation that thankfully will be gone soon given the tortured history we've had as African descended people with the medical profession needs their behinds kicked as well.

i'm sure there are plenty who do.

i'm not sure how this shit got passed BUT i'm glad many people realize that this policy was basically Bush's attempt to usher us a little more closely to an 1984-esque future.

Jo Jo,
The Reichers tried to pull a fast one here.

Another example of why it matters who you elect to public office.

I second the WooHoo! I hope this will extend to pharmacists as well. Imagine going to get your meds and having someone say no because "they" don't believe in you or your illness.
Monica, "misadministration", I love it. You have a way with words for sure.
On the subject of health and our new Prez, check out Alex's post on how the bailout helped her. It's touching real folks in real ways.
http://abillings.livejournal.com/455725.html

Jackie, Jo Jo
Yep it does apply to all health care providers.

I know in a few states I'd heard of cases where pharmacists were refusing to fill contraceptive prescriptions for people 'because of their religion' and got slammed for it by their state boards for denial of service.

People's personal politics or religious beliefs need to stay out of the medical profession period when it comes to health care provision.

I don't want to rain on the parade, but the only thing that is being repealed is the regulation stating that health care workers who refuse to do their jobs can't be fired for it. The right to refuse isn't being touched, only the right to not be fired for refusing.

From the looks of things, "conscience" clauses aren't going anywhere yet.