The Assault On The ATL Trans Community Continues 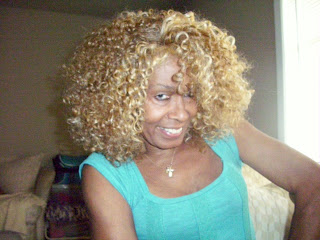 Our trans elder Cheryl Courtney-Evans continues to be on the case watching Peggy Denby AKA 'The Queen of Mean' and her acolytes in the MPSA (Midtown Ponce Security Alliance) continue to attack, denigrate and harass the ATL trans community and push for a draconian (and probably unconstitutional) ordinance that would banish people from Atlanta for a second prostitution arrest.

The MPSA is now enlisting conservative leaning blogs to help with their 'fear and trans smear' campaign aimed at the ATL trans community in order to drum up support for their unjust ordinance.

Here's Cheryl breaking it down for you and her previous posts about the ongoing drama.

With these meetings going on, all the while Peggy and her MPSA continue their campaign against the transgender community via constant media attacks in so-called "finger on the pulse of the community" blogs  and online communications through their web site. Following is one such example from a local blog called the "Midtown Patch" which professes to keep the Atlanta community informed of the 'happenings of midtown Atlanta'. Titled "MPSA Gives Update on Midtown's Trans-Prostitute Gangs", posted by Marc Richarson (Editor), it supposedly details the actions of  'trans-prostitutes'. To give an indication that the MPSA uses strongly derogatory terms in reference to our trans* community, the editor begins the publication of the article with this disclaimer:

The original article written by the MPSA that is below contained language that I believe was inappropriate for Midtown Patch.  We decided to delete the word and replaced it with something else more appropriate that we placed in parentheses to note the edit.

Notice the air of fear-mongering utilized in the piece, as well as the inclusion of the photo (most likely used from some totally un-related incident).

Notice how this author tries to give the impression that he (or she) has done an indepth 'study' of the "trans-prostitute situation"...as if he knows something about "walk-in" versus "drive-ins" and three different types of "johns"...

And what would an MPSA stalker know about "prostitute traffic shifting to Stone Mountain, GA." [which is miles away from 'midtown' Atlanta]?? The MPSA is a half step above a neighborhood watch group, however with some its members being off-duty Atlanta police officers [who really try to intimidate]; there's not suppose to be any "connection" with the Atlanta Police Department [officially], so how would they be privy to information/records from the Stone Mountain area?? Their "jurisdiction" doesn't extend nearly that far!

You can read the rest of Cheryl's post at her abitchforjusticeblog