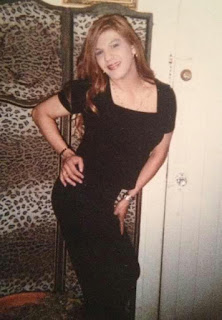 On October 16 we passed the one year anniversary of the death of 43 year old Janette Tovar of Dallas, who died of blunt force trauma to the head after she was assaulted by her then 26 year old partner Jonathan Scott Kenney.

Kenney was arrested and charged for the murder of Tovar, but I haven't as of this writing found any evidence of a trial date being set for Kenney in this case or if he has been convicted of it.

I'll have to talk to my sources in the Dallas area to find out what's going on in the Tovar case since it's been a year and I'd like to know myself what's going on.

The Facebook page set up in her memory by her niece Layla was updated on what would have been Janette's birthday on August 31 and has a recent post dated September 15.

It points out what I've stated before.  Trans murders have impacts far beyond just the individual whose life was taken.  It has ripple effects in the lives of countless other people who knew and loved the person as well.

RIP Janette, and may you expeditiosly receive justice.