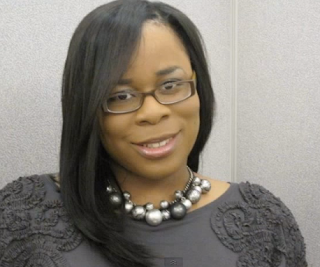 And this one happened in my home state.

I heard about Domonique Newburn and Islan Nettles, now it's past time for me to catch up with the third African-American transwoman under age 35 who was murdered that month in A Konyale Madden.

34 year old Konyale Madden was found punched in the face and shot to death in her Denton County home in Savannah Estates just east of Denton, TX by friends on Sunday, September 1.

She texted another family member she was going out on a date and that was the last communication anyone had with her.  Denton County Sheriff's Sgt. Larry Kish speculates Madden was killed either that Friday or Saturday.   Some of her belongings were missing but there were no signs of forced entry in her home.

And as you probably guessed, Madden was misgendered in the initial news reporting on the story in the Denton paper.

Madden was born in Longviev, TX and transitioned in high school.  She graduated from UT-Arlington in 2002, worked in Plano at the JC Penney corporate office until being laid off and attended services at TD Jakes' Potter's House church in Dallas.

Her funeral was held in Longview on September 7.

If you have any information on the case, contact Denton County Sheriff’s Office investigator Donn Britt at 940-349-1667.

Rest in peace Konyale, you'll be missed by all who loved you.
Posted by Monica Roberts at 12:00 AM