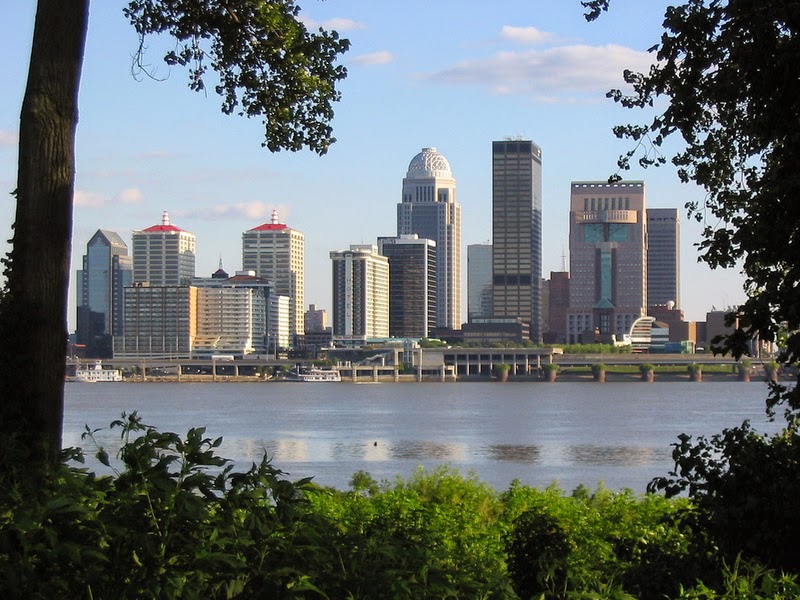 Ever since I accompanied by Polar back in May 2010 drove the moving van onto that I-65 south entrance ramp to eventually end up 1000 miles later back here in Houston to close that chapter of my life, I have yet to return to the Louisville metro area.   Had a few nibbles of interest in the area concerning some speaking engagements in the area or attempts to bring me back for visits that fizzed out,but for the most part it's been close but no quality time in Louisville.

If or when it does happen, I know I'm going to be busy just squeezing in visits with all the people who want to see me when I do return

But every now and then thoughts, events, Facebook photos, UK or U of L games or comments form people in the area trigger memories of the overall pleasant nearly nine years I was a resident of the state.

I was watching the Louisville-UCF game and thinking about the numerous times I was on the U of L  campus to participate in various events.  I think about those lobby events in Louisville and Frankfort I got to participate in and some of the funny and not so funny moments that happened during those times.

I ponder the many runs up and down I-64 to Lexington and back or up and down I-65 to Indianapolis and Nashville.  I think about the long list of people I met there who became and I still call my friends along with my chosen family that still lives inside I-265. 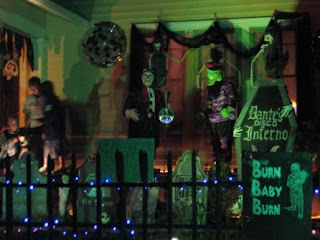 Grinstead Ave where I used to live is just a few short blocks away from Hillcrest Ave.  Every Halloween for over 20 years the homeowners on that street between Frankfort Avenue and Brownsboro Rd in the Crescent Hill neighborhood would decorate their houses for the occasion.   Some of the decorations were political, others fit the Halloween theme and it drew people from all over the Louisville area to come see them..

One of my favorite houses on that stretch was Dante's Disco Inferno, in which the homeowner installs a working lighted disco dance floor, has mirrored disco balls in the trees and played 70's disco music with tombstones and half buried records surrounding it as people dance to their favorite disco tunes.

That picture rekindled some fond memories of walking up and down the street with all the costumed kids happily in search of candy or happy they get to be their fave character for the night.

There were others on the Trans National Holiday also dressing up for the night, but that's another story.

Yeah Louisville, just in case you're wondering, I still miss y'all too.
Posted by Monica Roberts at 12:00 AM