Since I was in no mood to watch Monday Night Football last night, decided to head to the Near Northside and the Leonel Castillo Community Center for a mayoral candidate forum moderated by Cynthia Cisneros, the KTRK-TV Community Affairs Director.

On my way out there from the Downtown Transit Center I got a firsthand look at the completed and soon to be opened METRORail Red Line extension and the Quitman-Near Northside station when I got off my bus.  Since there was limited parking at the Castillo Community Center, there was a community center shuttle bus running from a nearby elementary school to take people from the school parking lot to the center a few blocks away that I happily boarded.

I arrived at 5:50 PM with the forum scheduled to start at 6:00 PM and run until 7:30 PM.  After signing in and filling out two question cards, I went to the room where the forum was going to take place and was pleased to look around and see a nice turnout for it.

The staff was setting up additional chairs for people to sit on and watch the political fun along with the television cameras from three TV stations, assorted photographers and reporters.

The candidates were milling about with either their groups of supporters or pressing the flesh with constituents before they answered the call to take their seats for the timely start of the event.

I saw Kristopher Sharp come in and he hugged me before he went off to talk to some other candidates, and as I got in my seat and pulled out my trusty WNBA notebook to begin taking notes, I spotted HISD Board President Anna Eastman walk in.  She spotted me and the empty seat next to me and after we exchanged greetings settled in to watch the forum.

The Jeff Davis High School color guard presented the colors and led us in the Pledge of Allegiance.  After that was completed along with an opening prayer by an African-American minister the forum began.

There wee five candidates at the start of it,  Mayor Parker and her main challenger Ben Hall, Keryl Douglas, Don Cook, and Eric Dick.  Victoria Lane came in after the candidate had all given their two minute opening statements and when they were answering the first of their three prepared questions before taking selected ones from the audience.

Houston civic elections are non-partisan, but Dick through his literature and stances has made it quite clear he's the Republican running for mayor.  It also means he has as much chance of getting that chair in Blue Houston as Janice Raymond is of getting an invite to do a keynote speech at Southern Comfort.

It also didn't take Ben Hall long to start attacking Mayor Parker, which is what he has done the entire campaign.

What were the two questions I submitted?  One asked where the candidates stood in terms of adding gender identity and sexual orientation to the Houston non-discrimination ordinance and the second was a transit related question concerning future METRORail expansion to both airports and what we could do to make that expeditiously happen

As you probably guessed, they managed to get four audience questions in, and neither of mine were asked. But as it concluded, I was determined to ask as many of the candidates that question as possible before they bounced, starting with Ben Hall.

As I mentioned in the post I compiled about the KUHT-TV televised forum, I was not happy about the evasive answer that he gave about the subject, and got the opportunity to ask him point blank where he stood on the issue.

Hall told me that he was NOT in favor of adding sexual orientation and gender identity language to the city non-discrimination ordinance, and cited the 2001 domestic partners benefits ban ordinance as his reason.
(which is BS).

I must have given him a facial expression that let him know I thought his answer was full of toro poo-poo, so he quickly shifted gears and told me that once the citizens of Houston repealed that ordinance, then he would be in favor of doing so.

You should have stopped with the first answer.  Putting my human rights up for a vote is unacceptable.  It also undercut you message that Houstonians should be able to engage in the pursuit of happiness. 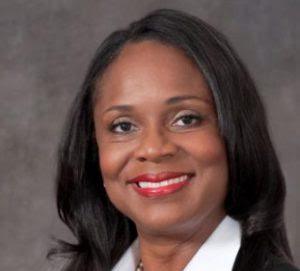 Well, Mr. Hall, trans people live in Houston, too.  It's hard for us to pursue happiness when we're being discriminated against when we apply for jobs and other idiots deputizing themselves as gender police are starting crap over bathrooms.

So yeah, it confirmed what I suspected was Hall's position about the ordinance.  I already had a problem with him only moving into the city from Piney Point Village just before he started his predominately self financed campaign.

Keryl Douglas gave me a different answer from Ben Hall in terms of she supports the addition of the gender identity and sexual orientation language addition to the non-discrimination ordinance and we chatted for a few minutes before another forum attendee approached her to ask a question.

I knew Eric Dick's answer on that question already (not a supporter) and decided not to waste my time or breath asking him so I decided to catch up with Mayor Parker and thank her for stating she's in favor of it, and her longtime support of the Houston trans community.

Mission accomplished, and it was time for me to head back to the south side of town.  As I headed toward the Castillo Community Center to get to the shuttle bus ran into Dr Carolyn Evans-Shabazz, who is running for the Houston City Council At-Large Position 5 seat.

She commented on my supermodel height and after talking about her candidacy for a moment I asked her the question about where she stood on the proposed ordinance.

She told me she is in favor of adding that language in the non-discrimination ordinance as a long time NAACP Houston member.  We had a nice chat about some of the discrimination trans folks face and her perception of how her campaign was going before I noted the time for my southbound METRO bus arriving at the Quitman St was approaching and I needed to bounce.

So now I'm waiting for October 21 to get here so I can early vote. I'm more convinced than ever we Houstonians already have the right person in the mayor's chair already.  So is the Houston Chronicle and a long list of organizations that gave Mayor Parker their endorsement..