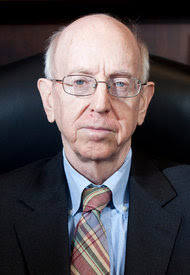 The landmark Crawford v. Marion County Election Board case in 2007 that was subsequently upheld a year later by the SCOTUS unleashed a new way for the GOP to engage in their Southern Strategy tactics of suppressing the voting rights of non-white Americans.

As we in Texas started the first election cycle in which that Spawn of Conservasatan Voter Suppression law is impacting us no thanks to the SCOTUS frakking with Section 4 of the Voting Rights Act, we have the bitter irony of the US Seventh Circuit court judge who wrote the opinion in favor of it, Judge Richard A Posner, now saying he was wrong in that case.

Posner was appointed to the Seventh District Court of Appeals in 1981 by President Reagan and is a senior lecturer at the University of Chicago Law School.  In his 40th book, “Reflections on Judging,” Judge Posner said, “I plead guilty to having written the majority opinion” in the case. He noted that the Indiana law in the Crawford case is “a type of law now widely regarded as a means of voter suppression rather than of fraud prevention.” .

Gee, any person of color who is or isn't an attorney could have told you that. Judge Evans tried to tell you that in 2007.

Thanks Judge Posner for admitting you were wrong in that case, but it's too little and way too damned late.

Judge Evans (who passed away in 2011) isn't around to hear you say it, and your 'you were wrong' admission on video and in print is of little comfort to those of us living in GOP controlled areas of the country who have to deal with the repercussions of these Voter ID laws you and Judge Sykes' opinion in Crawford v. Marion County Election Board helped unleash on the rest of the nation.