22 year old Coko McDonald almost ended up being another one of the sadly too long list of Black trans women whose names we'll read on November 20.

But because of quick thinking on her part she's not, and the waste of DNA who allegedly tried to kill her is on trial.

16 year old Tavares Spencer is facing attempted murder and hate crime charges after luring McDonald to a home on April 9 in the 5000 block of Winnie Street N.in the east Tampa area and shooting her.

Spencer wanted to date Coko and after discovering she was a trans woman, became enraged about that revelation and allegedly plotted to kill her.

Just because you get pissed about finding out you are attracted to a trans woman doesn't give you or anyone else the authority to kill us.

Off soapbox, returning to story.

A week after the two met, Spencer lured Coko to the home on Winnie Street, pulled out a gun, and told her to get on the ground.  Police say he stole her cell phone and her purse and then shot her. Coko says the bullets hit her in the hip.


“I lost my breath with the first shot.  The second one kind of put my body in a shock,” said Coko. 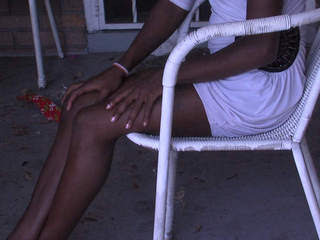 McDonald played dead until Spencer walked away.  She then got up and took off running as Spencer fired another shot at her that fortunately missed.

Tampa Police Department investigators said that within an hour of the shooting, the teenager was bragging about it on text messages and using "defamatory statements" about McDonald's sexual orientation.

Spencer was in jail on an unrelated charge when he was arrested and charged as an adult for the attempted murder of McDonald along with robbery and aggravated battery with a deadly weapon.  The enhanced hate crime charge was the result of a warrant authorized search of Spencer's phone that revealed the transphobic text messages.

Jury selection started this morning with prosecutors and Spencer's defense attorney interviewing potential jury members for this attempted murder trial.   It's also not known at this time whether Coko will appear in the courthouse to either testify during the trial against Spencer or just be there in the courtroom to watch the proceedings.

At any rate, I'll be keeping an eye on it along with the Tampa area trans community to see if justice is served in this case.
Posted by Monica Roberts at 4:30 PM