I wrote a post back in 2011 discussing the FIFA announcement that the 2015 Women's World Cup would be held in the Great White North.

And yeah Renee (and 'errbody' else in Canada), I can't wait for the USA women to beat Canada again like they did in the 2012 London Olympics women's semis and the June friendly in Toronto.

But for that to happen, the USA women not only have to qualify, we have to hope we don't end up in Group A with them or on the same side of the bracket.

More details have come out since that May 2011 post.   The dates for the FIFA Women's World Cup will be June 6 to July 5 with the cities hosting matches being Vancouver, Winnipeg, Edmonton, Ottawa, Montreal and Moncton.  Toronto decided not to bid because they will be busy hosting the 2015 Pan American Games that summer and Halifax took itself out of the running for match hosting duties in March 2012.

The great thing about this upcoming FIFA women's tournament is that due to the increased interest in women's soccer around the world, the number of teams in this tournament has been expanded from 16 to 24.

The only team is qualified right now are the host Canadians, and FIFA determined in a June 11 meeting last summer how the other 23 tournament qualifying berths will be allocated to the various confederations.

Qualification started in the AFC on May 21, the CAF on February 13 and in UEFA on April 4.  CONCACAF, Oceania and CONMEBOL have yet to get the qualification party started. Once the qualification period ends, the draw to fill out the six tournament groups will take place.   Canada is already slotted into Group A, so it is at that time we'll discover the other three teams that will be in their group and how the other five groups will shake out.

The FIFA Women's World Cup Final will be held at BC Place in Vancouver on July 5, with the semifinals on June 30 and July 1 in Montreal and Edmonton.  The Third Place playoff match will take place July 4 in Edmonton. 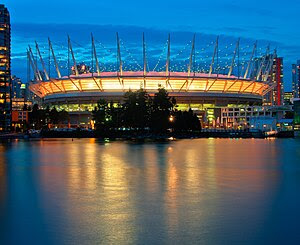 So which teams will be the last ones standing in Vancouver two years from now?

Will there be a heartwarming run to the 2015 title by an underdog nation like there was for the Nadeshiko Japan in 2011?  Will Sweden now that former USA coach Pia Sundhage has returned to her homeland to coach the national team make a title run?   Will the Canadians and Christine Sinclair be fired up enough to turn their bronze Olympic medal, home fan support and national pride into a home soil FIFA world championship run?

Can Marta finally lead the Brazilians to their first world title?   Will the French women finally break through after frustrating semifinal losses in 2011 to the USA and the 2012 Olympics to Japan?  What will the Three Lionesses of England do now that after 15 years of running thangs Hope Powell is no longer patrolling their sidelines?  Will an African team finally get to the knockout round?

Will the power teams like the USA and Germany shake off their respective disappointing 2011 tournament results and resume their dominance of the international women's game?

And how much Hateraid will Canada have for striker Sydney Leroux who grew up there but plays for Team USA?

It's going to be fun watching this dramatic feminine sporting story play out two summers from now.