It's time for another episode of my Creating Change 2014 Diary.  I've been chronicling through my eyes since May what's happening as the Houston TBLG community prepares to host Creating Change here for the first time ever at the Hilton Americas Hotel January 29-February 2, 2014.

The Houston Host Committee is a little more than 100 days and and one month closer to our Creating Change 2014 dates and we couldn't be happier.  We know from looking at our remaining Host Committee meeting schedule and the calendar we have only three more of them on November 12, December 3, and January 7.

Our conference is taking shape, but we still have a lot of work ahead of us to complete before January 29 arrives.

Speaking of completed, with the passage of the September 30 deadline date to submit proposals, one of our committees has wrapped up its work  Major kudos to Januari Leo for handling the Programming committee's business to the point we set an all time Creating Change record for proposal submissions with 650.   101 of those proposals were from Texans, which was another Creating Change record.

With the Programming committee's work done, the members of it are migrating to other committees whose work is ramping up as our convention dates approach and need the help.

Creating Change National Director Sue Hyde was in town along with Daniel Pino and Mel Braman.   Once we gave our 15 subcommittee reports, they said a few words and answered the questions we had for them before we ended the meeting.

Hyde remarked about how impressed they were concerning our Host Committee team, the quality of leadership in the subcommittees from top to bottom, our innovative touches in terms of creating a Host Committee website to promote our conference, the aggressive regional marketing of CC14, our social media pages and the fact the Houston Host Committee is obliterating many of the previous all-time Creating Change records including the fundraising one.

Because many people around LGBT nation aren't aware of the major role that Houston has played in shaping trans, bi and SGL history, when you out-of-town guests arrive in January, you will be greeted with a display in the lobbies of the Hilton Americas using historical documents and mementos from various local organizations, including National Coming Out Day memories.  In addition, my Racial Diversity Hospitality Committee is planning to honor a diverse group of Houston LGBT history makers in our hospitality suite during the conference.

And just an FYI Texas and Louisiana LGBT peeps and allies wanting to come, we have Megabus service into Houston from Dallas, Austin, San Antonio and New Orleans that drops off across the street from METRO's Downtown Transit Center.

The CC National team also shared with us that we were setting the organizational bar for Creating Change so high that the Denver Host Committee, who gets Creating Change 2015 was getting a little nervous about how they were going to top us when CC14 concluded.


Sue also shared the news that CC National was in negotiations to get some very special and well known guests for our keynotes and CC14 performances that must stay secret for now.   Y'all know as soon as I find out and I'm able to tell you, I will. 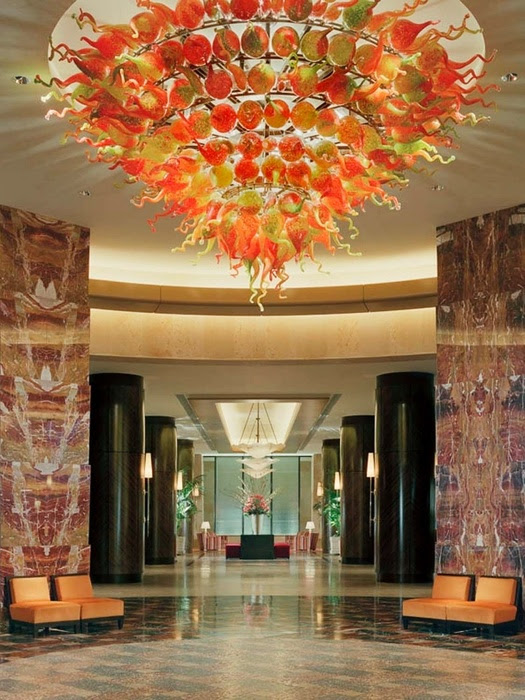 As for the Racial Diversity Committee I co-chair with Melissa Meadows, we're still working hard toward planning that Houstoncentric experience.  We have another meeting scheduled on October 17 at 7 PM CDT to take the next steps toward making it happen.

On October 10 another milestone event happened that let us know that CC14 is closer to becoming a reality.

15 members of the Host Committee along with three of our CC14 Co-chairs, Augie, Christina and Bryan met in the opulent lobby of the Hilton Americas to be escorted by Carol from the Hilton staff on a tour of the facility.

We got a chance to look at one of the hospitality suites, which was an immense help to Melissa, myself and the other hospitality suite planners who were part of the tour group to have a concrete idea of what kind of space we're working with.

We were also shown one of the third floor breakout rooms that will be used for the seminars, the space that we'll be using to check in our local volunteers and one of the proposed spots for CC14 convention check in.

And if you trans* and gender variant peeps are wondering about gender neutral bathrooms, since this hotel opened in 2003, it has family bathrooms in various spots between the gendered ones.

We got a chance to look at the massive Ballroom of the Americas, where our plenary sessions will be held and the miniball will be conducted for the younglings 24 and under.    There's another party being planned for those of us above age 24, and as I mentioned we've talked to the city about having the ice rink at Discovery Green open.during CC14.  The Host committee is also discussing getting the Skyline Room for a TBD convention event.

Melissa, Dylan and I took a look at the pool/jacuzzi area which opens up to a patio that has a beautiful view of downtown, the Hermann Park-Medical Center area and Houston's south side that the Trans* and Gender Diversity Hospitality Committee is planning..

We're also having a Creating Change Pre-Convention Celebration event open to all volunteers, guests and people wanting to know more about Creating Change 2014 this Saturday, October 19 from 4-8 PM.  It'll be held at Neon Boots Dancehall and Saloon, a GLBT country venue that is one of the largest such clubs of its type in the South and practically screams TEXAS.

Light food and entertainment will be part of this kickoff event celebrating the fact that Creating Change 2014 is coming to H-town soon.

So nope, I wasn't kidding when I said our goal was to have the best Creating Change event ever and we're well on our way to making it a reality.