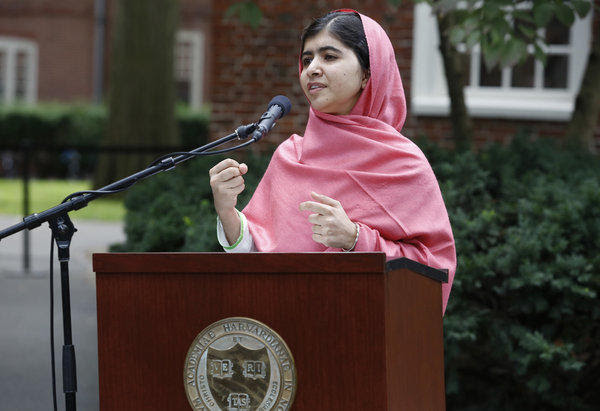 One year ago today a gun toting Taliban thug boarded a school bus and shot Malala Yousafzai in the head for daring to speak up and criticize their efforts to turn Pakistan's Swat Valley back to the Middle Ages.

Girls' education was banned, women were beaten for leaving their homes without a male relative escorting them, and her hometown of Mingora featured floggings and executions in its central square

She was airlifted to Britain as the world prayed for her survival, and spent three months in a Birmingham hospital recovering from her grave injuries. 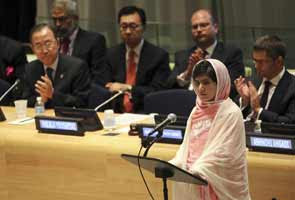 She not only survived, but the voice the Taliban thought they silenced forever on that October day has grown louder and has an even bigger international platform.

Yousafzai celebrated her 16th birthday by speaking to a July 12 United Nations youth conference .   In that memorable speech in front of the nearly 1200 participants and assembled dignitaries, she declared  "Let us pick up our books and our pens. They are our most powerful weapons. One teacher, one book, one pen, can change the world."

When Birmingham opened their massive new public librarly last month, she again proclaimed that education is "the only weapon that can defeat terrorism.”

And she says that the West needs to engage the Taliban in peace talks if the social and political conflict in South Asia is ever to be resolved.  "The best way to solve problems and to fight against war is through dialogue," she said.

In the run up to this bittersweet anniversary the wise beyond her years teen has been interviewed by the BBC.  She was named Time Magazine's Most Influential Person for 2013, is already the youngest person ever nominated for the Nobel Peace Prize and is considered the frontrunner to receive it when the winner is announced October 11 in Oslo, Norway.  If that happens Friday, she would become the youngest person ever to win the Nobel Peace Prize. 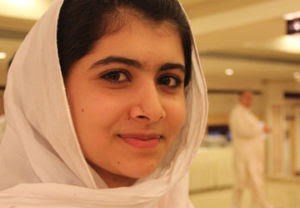 Malala's message is being heard globally as she works to complete her own education while traveling the world speaking about the equal rights for girls and education for all.issues that are near and dear to her heart.

The nonprofit Malala Fund advocates for girls' education and raises money for schools and tuition in her native Pakistan.

A lot has changed for her since that horrific day, but she still has dreams of going back home, getting into politics and changing Pakistan for the better.  "I will be a politician in my future," she said, vowing to make education compulsory.

"I hope that a day will come when the people of Pakistan will be free, they will have their rights, there will be peace, and every girl and every boy will be going to school."

People around the world hope that you get the opportunity to make that dream for your homeland a reality.
Posted by Monica Roberts at 12:00 AM