Yes, You Do Benefit From White Privilege 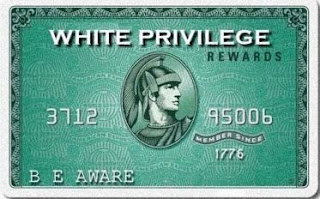 One of the things that is guaranteed to start drama in Internet and other discourse between the races is when the discussion turns to white privilege and persons of color describe how they have been victimized by it. .

The fun starts when the non-POC person tries to claim that white privilege doesn't exist or is a figment of the POC's imagination.

For those of you who think that this is a post-racial society and you exist as an individual free of white privilege, no you don't..    When I run into people in the course of my Internet forays surfings that try to have this argument with me that they don't have white privilege and I call them on it, it takes less than 5 minutes for them to reveal that they do by the jacked up comments they say in response to being called on the WP that reveal for all to see that they are swimming in denial of its overpowering vanilla flavored scent. 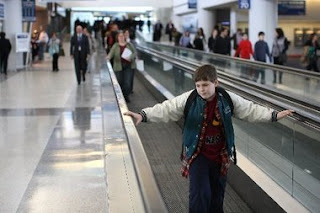 The best way I can visually explain this is comparing WP to a moving sidewalk.  When you get on a moving sidewalk you have the option to stand to the right or if you're in a hurry or walk at a brisk pace to the left if you're not..

The people who actively revel in their white privilege are bigoted, et cetera for the purposes of this post are ones you can compare to the peeps who are walking briskly to the left on the moving WP sidewalk.   They act in concert with it, are aware of it, and do so in order to keep themselves and in their minds their people at the societal head of the line.

Those of you who are cognizant of white privilege, try to eradicate it, are indifferent to it or try to ignore it are like the people on the right side of the moving sidewalk   You're not actively trying to move in concert with it or engaged with itt, but because it is ubiquitous and permeates society, the result is still the same.   You still get the benefit of being moved to the same spot at the head of the societal line by that moving WP sidewalk.

The point I'm making is that white privilege is so insidious that just by dint of having white skin in this country, you are afforded the benefits of white privilege.   What has made it so hard to eradicate is that whites are afraid of losing something (WP) that they claim doesn't exist, but gives them a societal advantage.

So yep, you do benefit from white privilege.