There were six GOP senators trying to keep their seats in last night's historic Wisconsin recall elections.   The Democrats needed to get three seats to retake the Wisconsin Senate from Republican clutches and in the process establish some momentum as the clock ticks toward January 3, 2012.

That's the first day they can start collecting signatures to force a recall election against embattled Republican Gov. Scott Walker.

It was still pushed through the legislature in a thuggish display fueled public anger in the state that precipitated the recall elections.   Of course out came the GOP dirty tricks machine with fake Democrats to run in the primary elections, and the money spigots were turned on to defend the GOP majority. 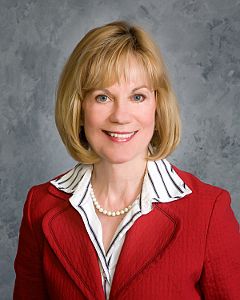 $40 million dollars flowed into these races, with $8 million going into the race between Democratic challenger Sandy Pasch and incumbent Alberta Darling alone..

But elections are all about getting your voters to the polls, not how much money is in your coffers.  Three Republican senators held on, while two were defeated by their Democratic challengers.  Jennifer Shilling knocked off Sen. Dan Kapanke in a Dem-leaning district, and in the deja vu contest Jessica King beat Sen. Randy Hopper.  In 2008 she lost to him by a mere 168 votes

That meant the Pasch-Darling race would determine who got control of the Wisconsin Senate, and in this district is the infamous Waukesha County, which once again figured prominently in this race.

Its clerk is Kathy Nickolaus, a GOP activist with a long history of election night errors that always seem to magically benefit Republican candidates.   She botched the results of the Kloppenburg-Prosser state Supreme Court race back in April prompting US Rep. Tammy Baldwin (D-WI) to ask the DOJ to launch a federal investigation.   There was a sense of 'here we go again' when it was announced that returns from Waukesha County were an hour late.   The race wasn't called until after midnight with Alberta Darling holding on to her $8 million dollar seat . 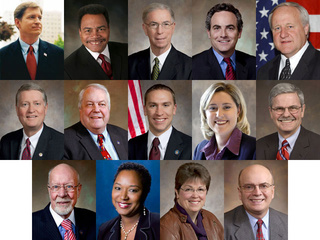 The Democrats did get two seats.   It narrows the gap to a 17-16 GOP edge and makes it a little harder for the GOP to pass legislation because they have to have every Republican on board with it now.  It gives GOP senator Dale Schultz even more clout as a swing vote.   There's also the possibilty that a Republican could switch parties and hand control to the Democrats that way.

And oh yeah, the clock is ticking toward January 3..