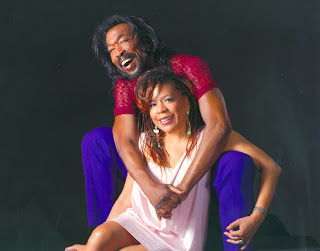 Darn, another one of my fave artists is gone.

Found out that Nickolas Ashford, half of the Ashford and Simpson songwriting and singing duo passed away in a New York hospital Monday at age 69 due to throat cancer.

One of the other reasons I loved them so much besides being kick butt musicians was the fact that Nick and I share the same May 4 birthday.

Nick and Valerie had been married since 1974, and they were more famous for the songs they wrote for others that became hits than their own music.   The penned such hits as Marvin Gaye and Tammi Terrell's Your Precious Love, You're All I Need To Get By, Ain't No Mountain High Enough and Ain't Nothing Like The Real Thing along with songs for other Motown artists.

They wrote I'm Every Woman for Chaka Khan that Whitney Houston later remade and wrote and produced some of Diana Ross' biggest solo hits including Reach Out And Touch (Somebody's Hand).


Rest in peace Nick.  You and Valerie were the gold standard for R&B duet singers and you'll be missed.