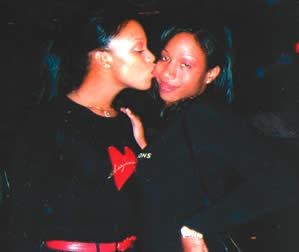 On August 12, 2002 the city of Washington D.C and its trans community were rocked by the execution style killings of two transteens, Stephanie Thomas and Ukea Davis.

They were shot dead by a semi automatic weapon at the same 50th and C Street corner in in Southeast D.C. in which the fatal traffic accident occurred in 1995 that started the chain of events that ended in transwoman Tyra Hunter's death


I've written posts about their murder on the anniversary it happens since 2007, and I was pissed last year that the anniversary date passed without me acknowledging it.  Granted, there was a lot of news I was keeping track of at that time, but that's still no excuse.

These young sisters died because somebody hated them so much for transitioning that they felt they had the right to violently terminate their lives.  I don't want people or the trans community to forget what happened to these young African descended transwomen or why they are no longer here on planet Earth with us. 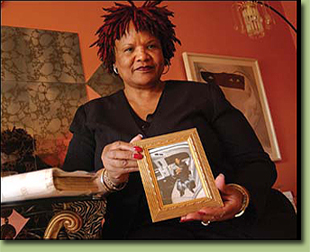 I also want the wastes of DNA who committed this heinous crime to be brought to justice not just for me, the trans community of DC and around the world, but Stephanie's mother as well .

Rest in Peace Stephanie and Ukea


It's nine years later and you are still missed Stephanie and Ukea.   May you rest in peace.