Charlie's Angels Coming Back This Fall 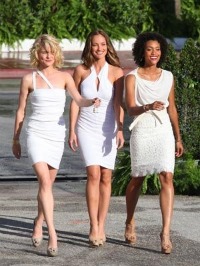 What's up with this trend in Hollywood of rebooting the 70's powerhouse shows?   While I'm happy to see the networks dumping the tired reality shows and doing scripted ones in which you have to hire writers and actors for them, I would like to see some original works for a change.

But then again, I have standards. ABC's Work It will not be one of the shows I watch this fall.

I won't have any problem with a remake of A Different World as long as we got to see some of the original cast members on a regular basis and Debbie Allen was either producing it or consulting on it.

But back to the post.   CBS rebooted Hawaii Five O.  TNT is bringing back Dallas next summer, and now we have a reboot of ABC's iconic 1977-1981 hit show Charlie's Angels.

The original show featured Kate Jackson and two Texans, Houstonians Jaclyn Smith and Farrah Fawcett- Majors.  It became so popular that one of the hottest selling pinup posters of the tail end of that decade was one that featured Farrah Fawcett-Majors, and if your name is Jaclyn or Farrah, you have that show to thank for it.. 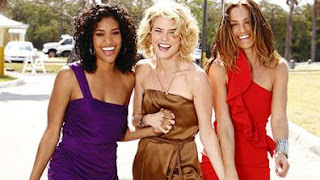 The rebooted Charlie's Angels is slated for a thirteen episode run and will be set in Miami.   The new Angels are Texan Annie Ilonzeh as Kate Prince, Minka Kelly as Eve French and Rachael Taylor as Abby Simpson.

Ilonzeh has the distinction of being the first African-American Angel, be it in the TV series or the movies.

John Bosley will be back and played by Ramon Rodriguez.   As for the voice of Charlie, that was going to be Robert Wagner, but due to scheduling conflicts he had to pull out of the Charlie's Angels 2K production. 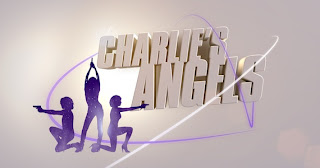 The show is going to air on Thursday nights starting at 8 PM ET.  To my Canadian readers, CTV picked up the series as well so you'll get to see it.broadcast the same night except an hour earlier.

I was a huge fan of the original show, and frankly, I'm interested in seeing how the rebooted series gets handled.