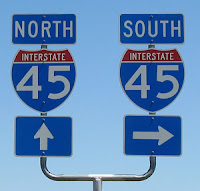 On opposite ends of Interstate 45 there will be civil rights activity today that we hope will result in good news for the trans communities of Houston and Dallas.

The Dallas Independent School District will have a meeting in a few hours to discuss policy changes that would protect students, staff and teachers from discrimination based on gender identity and expression.

This meeting is the first reading phase for the proposed policy changes, but if approved by the DISD Board of Trustees the policies would cover the following areas:

Back in November DISD became the first district in the state to adopt an anti-bullying policy to protect TBLG students, but the policy failed to address potential harassment by teachers. 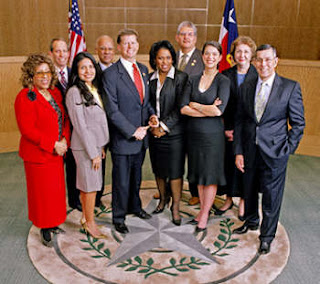 It passed on a 7-0 first reading vote at their June 23 meeting along with a 7-0 vote on HISD Code of Student Conduct changes for the 2011-2012 school year that added gender identity and expression language.

We in the Houston trans community are hopeful of a similar result at tonight's meeting at the Hattie Mae White Building and hope our friends in Dallas have good news to report as well.