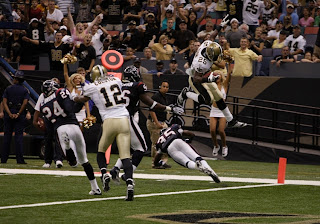 After finishing their successful 2011 NFL preseason debut against the New York Jets with a 20-16 victory at Reliant stadium, the Houston Texans host the New Orleans Saints in a Saturday border war matchup.

I'm paying closer attention to the NFL preseason because this year, Moni's going to flex her NFL prognosticating skills.  And no, I'm not just going to automatically pick the Texans to win every week even though I love my hometown NFL ballers.  There will be weeks that I have to (darn it) pick the other team playing against them.   It'll be something fun for me to do in terms of testing my skills against the NFL paid prognosticators

Speaking of something fun to do, let's choose this weeks Shut Up Fool award winner shall we?

Honorable mention was Sen. Tom Coburn  (R-OK) for his racist comment stating that the POTUS "as an African-American male," received "tremendous advantage" from government programs.

Coburn's comment didn't come close to knocking out this week's Shut Up Fool Award winner in Rep Allen West (R-FL)   He pulled out an old tired meme of knee-grow conservafools this week with the plantation imagery.

Rep. Allen West says he is a “modern-day Harriet Tubman” who wants to lead black voters away from the “plantation” of the Democratic Party.

Y'all have been pimping this tired plantation meme in the conservafool movement for decades.   The reason the Democrats have 85% support in the African American community is because you Republicans have been all about the white peepul since 1964 and haven' t done jack for African-Americans except demonize us.

Knee-grow sycophants uttering the same BS that white conservatives have spouted for decades ain't gonna change the fact any time soon that we damned sure don't like your GOP plantation.

And by the way, Harriet Tubman is much better looking and has more common sense than you

Since you went there with the plantation metaphor, you'd probably be the slave reporting to Massa that Tubman was coming to take people off the plantation. 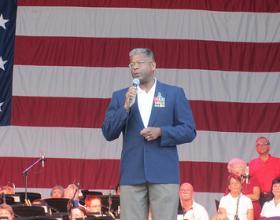 Black people are far smarter than your conservafool masters give us credit for.   We know your game and we ain't falling for  it.   We're not voting against our own economic or political interests.

Why would we vote for, much less supports a party with a failed political doctrine that tries to suppress our votes, is racist to the core, doesn't care about us, and has no policy solutions that will help us or people in urban areas?