Transwomen Being Mistreated In Prisons Isn't Cool, It's Cruel 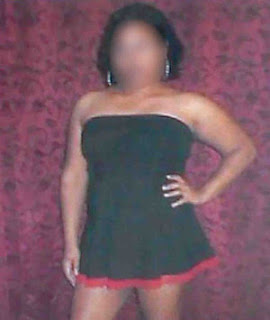 One thing that pissed me off in the wake of the post I wrote concerning Jovanie Saldana's situation was Mariel Cobb going on an insensitive and bigoted right wing rant mere seconds after I posted the story to my Facebook page. This was the money quote in that thread:

And I wonder if Mariel Cobb's attitude would change if she was in Jovanie's pumps and it was her human rights being violated?

You may not care, but the Constitution does, and so do I.   The Eighth Amendment to the US Constitution is there for a reason.

Excessive bail shall not be required, nor excessive fines imposed, nor cruel and unusual punishments inflicted.

Besides, Jovanie was only charged, and she is innocent until proven guilty by a jury of her peers.

As the Good Doctor said, injustice anywhere is a threat to justice everywhere, and that includes behind prison walls.  It was discussed in the 2006 award winning documentary Cruel And Unusual.

We have had far too many instances of transwomen being mistreated in jails when they interact with the penal systems around this country for sanctimonious people to be engaging in conservaspeak and cavalierly dismissing someone's human rights rights because they are accused of or incarcerated for committing a crime.

It's not just prisoners engaging in that behavior, as Duanna Johnson's case pointed out, it's the people who guard them as well. . The macho attitudes and transphobia embedded in many police departments around the country doesn't help either.

It's at epidemic proportions, and policies need to be enacted that house prisoners based on the gender presentation and not their genitalia.

Locking transwomen in a male prison and exposing them to sexual assault is cruel and unusual punishment.  If you think it's okay for a transwoman to be thrown into a male prison and sexually assaulted while in lockup, then something is seriously wrong with you.

Transwomen being mistreated in prisons isn't cool, it's cruel.