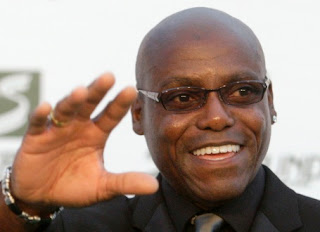 50 year old Carl Lewis is a University of Houston alum and one of this nation's most decorated Olympic athletes, but even he can't outrun bigotry and racism.

Lewis is a native son of the Garden State who grew up in the middle class town of Willingboro, left to go to college in Houston and lived here and in California but in 2005 returned home to live in Medford, NJ.

He is running for a New Jersey state senate seat  and it's being fought tooth and nail by the Republicans who are claiming he hasn't met the four year residency requirement to run for the 8th District senate seat against incumbent state Sen. Dawn Addiego (R)


New Jersey Lt. Gov. (and Secretary of State) Kim Guadagno (R) ruled Lewis ineligible to run for office this spring, and has also declined to certify his name for the November ballot.   Lewis has challenged the ruling in federal and state courts, and an injunction allowed his name to appear on the uncontested Democratic primary ballot.. 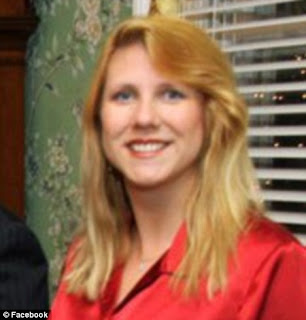 The fun started when according to the Politicker NJ blog,  Jennifer Delany, the wife of freshman Republican state representative Pat Delany sent an offensive July 7 e-mail to Lewis' campaign headquarters in response to an e-mail blast sent out by the Lewis campaign.

“Imagine, not having to pay NJ state income taxes...It must be nice. Imagine getting a court ruling overturned so your name could get put on the ballot. Imagine having dark skin and name recognition and the nerve to think that equalled (sic) knowing something about politics.  Sure, knowing someone with fat purse strings is nice, but you have no knowledge."   Later, she added, "Remove my email. To think you STOLE my email and name from a complaint letter. I'm reporting you as SPAM.” 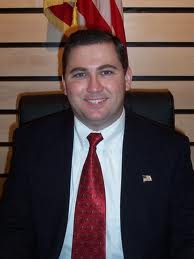 "I am deeply disappointed in my wife's decision to send that email to Mr. Lewis' campaign; it does not reflect my personal beliefs whatsoever," said former state Rep. Delany  "In an attempt to repair the serious damage this has caused to our marriage, and to protect our kids from public humiliation, I decided to leave public life.  On behalf of my family, we sincerely apologize to Mr. Lewis for any pain this caused him."

Oh really Assemblyman Delany?   Then how do you explain this anti Latino bill that you, Scott Rudder and Sen. Dawn Addiego filed?

Delany was running for a full term in the New Jersey Assembly, but resigned on August 12

The Lewis campaign of course is trying to handle its electoral business.

“We are in receipt of the email, but right now our focus is on campaigning,” said Lewis campaign manager Chris Walker. “It’s something we don’t want to give any comment on. We are focused on the campaign. We’re knocking on doors and we’ve been encouraged by the response of thousands of people to Carl Lewis.”

Well folks, y'all still clinging to the fantasy that this is a post racial nation?