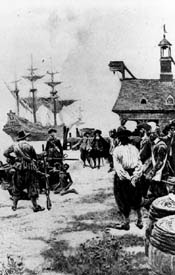 On August 20, 1619, the first 20 Africans arrived at Old Point Comfort in what would become the the United States.on a Dutch ship named the 'White Lion' under the command of Captain Jope and an English pilot named Marmaduke.

The Africans were originally loaded onto a Spanish ship named the Sao Joao Bautista that set sail for Vera Cruz, Mexico.  They encountered the 'White Lion' and an English ship called the 'Treasurer' which robbed the Spanish ship of its cargo and 60 Africans.

The 'Treasurer' arrived 3-4 days later and attempted to trade their African captives for supplies, but weren't allowed to do so and set sail for Bermuda. 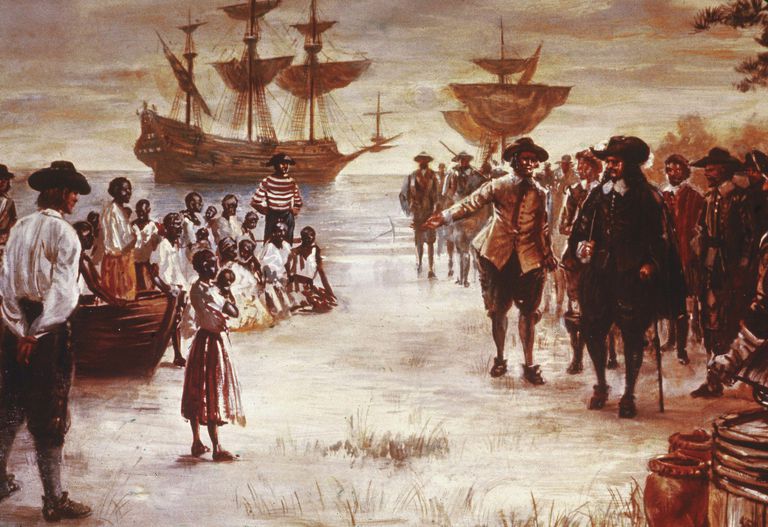 The arrival of the 'White Lion' was a event that only garnered this line for the journal of colonist John Rolfe, who wrote, "......there came a Dutch man of warre that sold us (20) Negars."

The African arrivals bore Spanish names, such as Antonio, Isabella and Pedro.and were sold to work at plantations up and down the James River.  Only two of the original twenty Africans arrived at Jamestown according to Calvin Pearson, the president of Project 1619, Inc.

Capt. William Tucker, the commander of Point Comfort  purchased Antonio and Isabella, and in 1623 they became the parents of the first African-American child, William Tucker.  The descendants of this child and the Tucker family still live in the Hampton area, and William Tucker is buried there.


As part of African Arrival Commemoration Day,  residents of the city of Hampton will mark the occasion of the first Africans arriving in the New World with a candlelight ceremony at Fort Monroe and a free 3:30 PM EDT symposium at the American Theater in Hampton entitled 'Defying The Myth of Jamestown' .

The Project 1619 group is also trying to raise funds for a permanent memorial so that they can have it erected in time for the 400th anniversary in 2019.