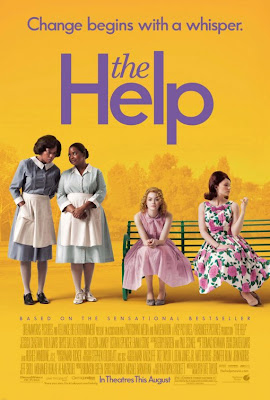 As many of you already know, I live in Niagara Falls.  This means that anything specifically related to Blackness is difficult for me to find in my area.  Just a few weeks ago, my best friend and I went to see the play top dog/under dog at the Shaw festival, simply because it was the only Black play they decided to show this season.  I go out of my way to support anything Black, in the hope that they will begin to cater to the Blacks more often. 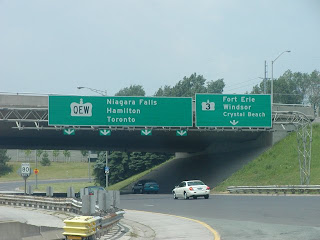 When the movie The Help came out, I decided that even to write a scathing review of the movie, that I would not spend my hard earned money on it.  I am tired of seeing Black women play maids.  I am tired of the faux relationships that Hollywood chooses to present between White women and Black women.

To support Black art, whether it is movies, or plays, my best friend and I generally have to drive to Toronto, which is just under two hours away from where we live.  We do this because we realize that it's the only way to fight the notion that Black art is not bankable. To see For Coloured Girls, Precious, The Hair Story, The Miracle at St. Anna, Jump the Broom etc we have had to drive two hours.

Just out of curiosity, I checked the listings at Niagara Cinemas this week, only to discover that The Help was indeed playing there.  Even if I were inclined to spend my money on this movie, which I most certainly am not, the fact that they cannot show a Black movie except when a Black woman plays the role of a maid would be enough for me to boycott.  A Black woman in the role of a maid is not threatening to Whiteness, and is therefore acceptable in this small bigoted town. The one Black movie that aired out here was Dream Girls, but only after Dream Girls had proven that it was successful whereas; no White movie has had to live up to this standard. So much for the invisible hand of capitalism ending bigotry.

Incidents like this are why I find it hard to live in this area.  To be Black in a small town is to be erased at every available opportunity.  I have to buy all of my makeup on Ebay and order the shampoos for my hair online.  When I complained about the lack of foundation for Black women, I was told to buy a lighter shade and mix it with bronzer.  No, I am not kidding.  Think about how much shelf space a small bottle of foundation takes up, but that is too much room to sacrifice for Black women. I cannot see movies that reflect me and it is an everyday occurrence to go shopping and be shown the cheaper items, or get no service at all. I cannot tell you how many times I have had to tell servers at restaurants that I will not sit beside the bathroom.

But of course, it is me that has the problem.  I am angry and militant for not accepting graciously the absolute erasure of Black people in the area in which I live.  The only way that I would see The Help, is if the White woman was maid. One of my favorite scenes in Forrest Gump is watching how after receiving money from Forrest,  Bubba's mother went out and hired a White maid, after generations of Black women in her family working as maids for White families. If they want me to pay my hard earned money, they can show me something like that. Show me a movie in which White women are maids to Black families, or a movie in which the Black woman is subject and not object. To be honest, I am done spending my hard earned money on portrayals that don't represent me and I certainly won't give a theater my money, when they cannot be arsed to show a Black movie unless it is in the Academy Award winning class and bringing in money hand over fist.  Any Black person in this area who lines up to see The Help, ought to be ashamed of themselves.  We may be a small percentage of the population, but if we do not demand to be seen and heard, we never will be, because Whiteness is more than happy with the status quo.

The tagline for this movie is that change starts with a little whisper, well here is my whisper: stop erasing Black people and stop giving us story after story of White saviors.