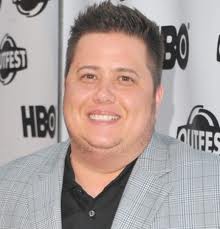 The new competitors for Season 13 of DWTS have been revealed, and among the celebrity contestants chosen to compete for the mirrored ball trophy one surprise was Chaz Bono.    He will be the first trans contest ever for the show and will be partnered with Lacey Schwimmer.

"At this point I want people to know that transgender people are just like everyone else. We're not people to be afraid of or misunderstood," Chaz told Us Weekly. "I would love to get that message across."

Unfortunately some peeps not only don't want to get that message, they don't wanna hear it.

While that piece of trans and television history excited and pleased the trans community and our allies, it didn't take long for the transphobes and christohaters to chime in on this historic moment.

Kmto61056 said, "This show has completely lost a viewer(s). I am DISGUSTED that you would have Chaz Bono on there. He/she can live however he/she would like to live, but do we need to flaunt it for ratings? Really? I hope your ratings sink as low as you have sunk in having Chaz on there."

Your ignorance is showing Kmto61056. Cher took to Twitter to defend her child and others swarmed the DWTS website to do battle with the transbigots.

I'm usually watching other shows instead of Dancing With The Stars, but in solidarity with Chaz I will be tuned in starting on September 19 and will keep watching it as long as he is competing .
Posted by Monica Roberts at 10:00 PM