Another Apology To Cathy 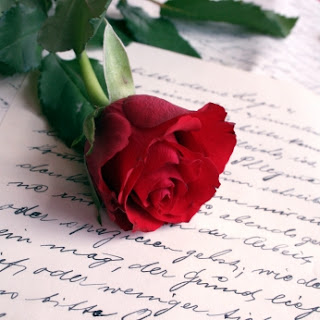 TransGriot Note: I was asked by Anthony Casebeer to post this apology he penned on the blog.

A couple days ago, I said some things on Monica Roberts’ Facebook wall that were less than elegant, about an activist named Cathy Brennan.  To review, Cathy’s written a paper for submission to the UN that I vehemently don’t agree with or approve of, and has supported passage of laws I felt were contra to the civil rights movement in the past, both distant and recent; she also attempted contact with me privately via Facebook in a way I didn’t like (by naming a former employer and referring to me as a misogynist).  Those words have now been published on blogs far and wide, most I’ve never heard of, and now have been published in my local newspaper, so I will not repeat them here.
I didn’t mean those words in any way to be a threat to Ms. Brennan, or anyone else.  They were said in sarcastic jest, and never should have been said. Anyone who knows me knows that I would never use a bat on anything but a ball, an axe on anything but a tree stump, or a car for anything but a road trip.  I’ve never laid a hand on anyone in anger, don’t wish to do so, and never will.  I shouldn’t have written those words on Facebook, and should have not said them at all.  Thus, I publicly state that Ms. Brennan’s name will never be mentioned by me again in public,  and is in no danger whatsoever from me - and never was.  I’m sorry she ever might have been made to feel she would have been in any danger, and wish her well on her path of life, which I will avoid crossing.  As stated previously, I’m not the kind of person to hurt anyone, and never will be.
I also want to apologize to a couple other people.   Monica Roberts, who I’ve known for a dozen years now, and who is also not the kind of person to physically harm anyone or harbor any desire to swing a bat at anything but a ball, or use garden implements of any kind improperly at any time, was put in a difficult situation by my intemperate language, one she didn’t deserve to be in.   I also want to publicly apologize to the great people of Louisville Fairness and C-FAIR; I don’t want to see an intemperate outburst that never should have been made public in the first place,  hinder or inhibit any chances they have to effect needed change in our city and state, and will resign if they wish.  And, lastly, and most importantly, I apologize to my family and friends, who know I’m not capable of hurting anyone, but who shouldn’t have to read about this sort of thing.
I forgot a major rule of using Facebook: what you post to a friend’s wall is not limited to your friend, alone; it goes to their circle of friends, too – and in this case, persons I don’t care to ever know decided to repost that exchange to blogs I’ve never heard of, and after this period, will never read again if I can help it.  In this day and age, incredibly, a few intemperate words one says without thinking on Facebook can get published in one’s local paper,  as if it was real news, unlike a realtime conversation with a friend – and anyone who hasn’t said something intemperate to a friend in realtime, is probably lying.  So, I’ve asked Monica to post this to her blog, in the knowledge that the same people will see it, certainly Ms. Brennan, and possibly repost it, although I hold little hope of that.
Those who turned this into a cause célèbre, after all, won’t think that publishing the apology and retraction is quite as newsworthy as the original story,  after all.  Prove me wrong,
Posted by Monica Roberts at 4:00 AM