Rev Al Gets His MSNBC Show 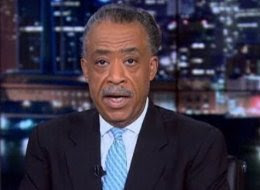 And it's about time.  Ever since he took over for Cenk Uguyr back in July the show has increased its ratings to the point that it trails only FOX Noise in that timeslot.


Visit msnbc.com for breaking news, world news, and news about the economy

I also like the fact that since he begun appearing on that show, other African Americans have begun to guest host or speak more frequently on these prime time cable news shows such as Melissa Harris-Perry and  Michael Eric Dyson.   I also hope we'll continue to see more diversity on these prime time shows as well.
Posted by Monica Roberts at 6:00 AM