Will UH Finally Get That Big 12 Invite? 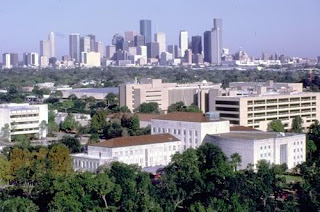 We Cougar fans have long been pissed over the fact we should have been in the Big 12 when it was formed in 1994.

But is it possible that we'll finally get that invitation to join the Big 12 that snubbed us and the rest of the Left Behind SWC teams?

We didn't have powerful friends in the Lege and the governor's mansion (Ann Richards) strongarming Texas and Texas A&M on our behalf like they did in Waco and Lubbock at the time and got screwed.   Despite being in the number 7 television market, our program's storied history that includes 5 Final Fours, Olympic champion Carl Lewis, Heisman Trophy winner Andre Ware, Lombardi winner Wilson Whitley, NBA hall of famers Hakeem Olajuwon and Clyde Drexler and being the flagship university for the largest city in the state, we ended up in Conference USA.

While UH is considered one of the flagship programs in C-USA, we've never forgotten the snub and felt the Cougars belonged in the Big 12.   Now that Texas A&M is strongly considering leaving the Big 12 for the SEC, will UH finally get that invite 17 years later? 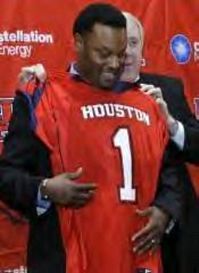 The University of Houston is the third largest school in the state and is a university with an expanding campus, support from the community and legislators, and a president in Renu Khator who believes that a strong Tier One university also needs Tier One level athletic programs

UH has gone out and hired some great coaches such as Kevin Sumlin for their programs, have an AD in place in Mack Rhoades with a plan and the commitment to have first class on campus facilities to go with that Tier One athletic program vision of President Khator.

Until they get the expansions of Robertson Stadium and Hofheinz Pavilion done, they have access to nearby Reliant Stadium and the downtown Toyota Center for large showdown football and basketball games.

The money from alums to help pay for those facility improvements will flow much faster with membership in a BCS conference, even if we have to suffer with the unbearable burnt orange arrogance of Longhorn Elementary. . Beating the hell out of Texas will more than make up for it. 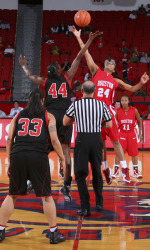 And for the UH detractors that claim we couldn't hang competitively in the Big 12, I only need to point out that we sit in the prime recruiting area of Texas high school talent in all sports which is why y'all fear UH membership in the Big 12 in the first place.

You know that those kids that you lure away from the Houston area because you use UH's lack of BCS conference affiliation against them would stay home and play at a UH with Big 12 membership.  Based on our what happened when we joined the old Southwest Conference, it wouldn't take long for our various teams to compete for conference titles in their sports and become national powerhouses again. .

But that all depends on what Texas A&M and the SEC does.   If the SEC does invite the Aggies and set off this next round of college conference reshuffling, would the Big 12 be proactive this time and invite the Cougars (and possibly TCU or SMU) to get themselves back to 12 teams or allow themselves to get raided out of existence?

Stay tuned.   The Coogs standing pat during last summer's reshuffling could be about to pay big dividends.