It Takes A Village To Enforce The Gender Binary 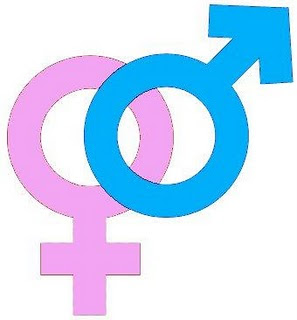 An old African proverb states that it takes a village to raise a child.  I've tweaked that proverb to reflect a truism I've observed when it comes to the gender binary.

It takes a village to enforce the gender binary. 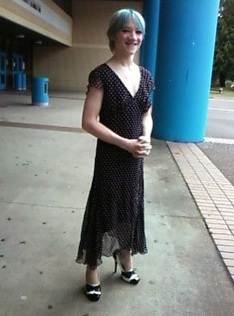 That societal village enforcement of the gender binary starts the millisecond you come out of the birth canal.

The doctor does that cursory check of genitalia to decide whether you get an 'M' or 'F' on your birth certificate complete with masculine or feminine name and you are presented to your eager parents wrapped in either a blue or pink blanket.

Everything from the clothing you wear to how you are socialized by your family and society reinforces that gender binary, and anyone who deviates a millmeter from what society thinks is proper behavior or appearance for a man or woman gets serious pressure from society to be pushed back on either the 'M' or 'F' side of the gender fence.

Think I'm kidding?   Ask Sam Saurs about getting suspended  from school because he wore feminine attire to class.  Little boy sees his mother polishing her nails, asks her to do the same for him, but asks her to take the polish off before he goes to school on Monday morning because he gets misgendered and teased by his peers for that.

When it comes to sports, ask any boy what he gets called or derisively told if he doesn't measure up to showing an acceptable to his peers level of sports performance.   He plays like a girl.

If a boy prefers playing with Barbies to playing with trucks, likes wearing dresses or is in a print ad having his toenails polished in pink, oh my God it's a full blown societal crisis because he isn't expressing masculinity the way society thinks a masculine child should.. 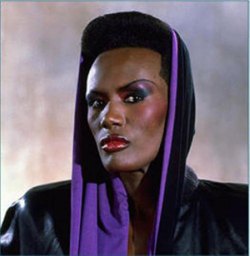 Don't even get me started on what transpeople have to deal with.

It's just as hard on women and girls in terms of the ways femininity is expressed and enforced.   Peer pressure kicks in to tease you about your breast size if you're a card carrying member of the IBTC or your puberty kicks in late.  Don't sit with your legs open.   If you're a little more worldly than your peers in the dating game or assertive, out come the gender based slurs to tag you with.

If you have ultra short hair, a slightly muscular build, or don't wear makeup on a regular basis along with dresses or heels you are derided as 'masculine'.

If you play sports as a girl and exhibit the types of skills that women allegedly aren't supposed to be capable of such as power dunking a basketball, hitting a tennis ball at 130 mph or run eye popping times in races, you get 'that's a man' shade thrown at you too.   Ask Brittney Griner, the Williams sisters, and Caster Semenya about that.

Let's not forget popular culture and how it plays a role in gender policing.  A tagline for a beer commercial is to 'man up' and not be 'unmanly'.   Women tell each other they need to 'get their girl on'.

Does it take a village to enforce the gender binary?   Sure does.