Yo George, Where Is the Apology To Wendy Williams? 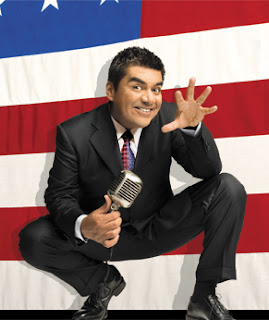 One thing I quickly noticed in the ongoing flap over George Lopez's comedic take on the Dancing With The Stars performances of Kirstie Alley and Wendy Williams that failed is how quickly race played out in the reactions to it.

As my Canadian homegirl noted in her post at Womanist Musings, feminist groups and blogs quickly rallied around Alley but left Williams to fend for herself as they always do.

What I found interesting is that women's groups advocating for an apology for Alley and then remained silent regarding the comments he aimed at Wendy Williams.

Well Renee, why should we be surprised about this erasure?  The feminist blogosphere has yet to come to the defense of First Lady Michelle Obama on any subject, so what makes us think they're going to stop clutching their privilege pearls long enough to care about 'The Queen of All Media'?

They can scream and rant about Kirstie Alley and be all up in arms about it, but will not lift a fingernail, much less type one outraged sentence on a major feminist blog about the transphobic slur aimed at Ms. Williams.

So if we want it done right, we got to do it our damned selves.

But didn't I call it on March 14 when I wrote this:


"The new season of Dancing With The Stars starts March 21, and I will be interested to see how long it will take before the Black gossip blogs start unleashing a fresh barrage of transphobic barbs at her." 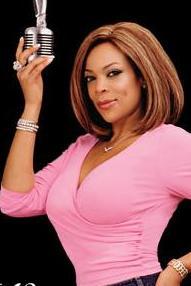 Well, I haven't surfed over to the cyberswamps of transphobia known as Bossip and other Black gossip blogs who gleefully participate in transphobic Wendy Williams bashing to see if this has come to pass yet, but I was surprised that the 'that's a man' shade is coming from George Lopez.


What I wasn't surprised about was the cricket chirping silence coming from vanilla flavored feminist blogs in terms of this issue.


But back to George Lopez.  You owe Wendy Joan Williams an apology.  I'm more than a little sick of the 'that's a man' shade disrespectfully spat at African American women.   I called out Black men and a long list of people inside the Black community for doing so as well, and you ain't getting a pass on it either just because you're Latino, I like your comedy and generally agree with your political stances.   .


It's still wrong to misgender any woman of any ethnic group, period.
.
The clock is ticking, and I'm just curious to see how long it will take for not only the feminist blogosphere to insist on the same apology for Wendy Williams that they demanded for Kirstie Alley, but how long it will take George to say the words 'I'm Sorry' to Ms.Williams as well?