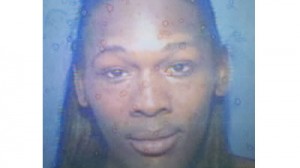 A long, tired pattern has once again reared its ugly head.. Black transwoman gets murdered.  Media misgenders Black transperson and we have to raise hell as media outlets drag feet on correcting the story.

Before I get started ranting about the latest example of media peeps misgendering transpeople, let's review on this blog for the umpteenth time what he AP Stylebook has to say about covering trans people.

This time it's a Memphis, TN station and several others covering the murder and dragging of M Tye in Forrest City, AR.


Since the indications from people they interviewed who knew the victim was that Ms Tye lived 24/7/365 as female, that would be one major clue you are dealing with a transperson, would it not?

If we mere bloggers can read the AP Stylebook and ask more detailed questions when we get clued in that this person may be trans, what's the excuse for professional media outlets?