Diversity Is Sorely Needed In Our Houston T Ranks 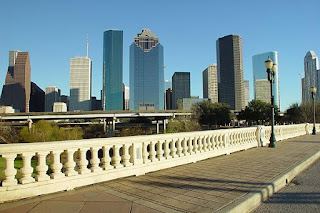 I've been away from Houston for eight years and a lot of things have happened since I moved to Louisville in 2001.

In addition to having a light rail system in town which is currently being expanded, the city's population has now topped 2.2 million people.    We have our second female mayor in Annise Parker, and we have a transwoman running for Houston City Council in this current political cycle.

And yeah, while I was gone in 2006 I became the first African American trans Texan and trans Houstonian to pick up an IFGE Trinity Award.

But one thing that hasn't changed in the time I've been absent from my hometown is the glaring lack of diversity in the leadership ranks of the Houston trans community.

That point was starkly brought home to me as I was sitting in the audience with two other African American transpeople during the 2010 Houston TDOR.   As does happen far too often in these TDOR events, the names being read were predominately African-American and Latina transpeople, but we had no African-American or Latino trans participation in the TDOR ceremony memorializing our dead.

Yes, I know what the TDOR's are for, but how would you feel if the script was flipped?   I wondered how that must have looked to Councilmember Jo Jones, who has been a standup ally to our Houston trans community and was there to make a short speech during this year's TDOR event.

And before y'all start muttering 'there she goes again' and rolling your eyes, there's a point to this.

I  cut my activist teeth in this community.  I participated in TGAIN lobby days in 1999 and 2001 in Austin.  I sat on the TATS board  for several years and participated in trans panel discussions at several local universities.   I was even up for a community award at the 2001 Unity Dinner that Kat Rose beat me for, so no I'm not just 'whining' about the lack of POC trans visibility.   I was working on coming up with some solutions for this problem when I moved in 2001.

I've only been back in Texas less than a year, but it doesn't take a political genius to figure out that the leadership ranks of a marginalized group that purports to represent said group that's overwhelmingly dominated one ethnic group is problematic.


The problem with a monoracial leadership group is that it sends an unspoken message to the people who aren't seen and aren't sitting at the decision making table that 'they aren't wanted'.   You can say all you want that a group or organization doesn't discriminate, it has a charter and rules that express that, but if all you present to the world is a predominately white face, that undercuts all of the non discrimination messaging you verbalize or put on paper..

We've also had enough of the erasure and invisibility   It's also more frustrating when we trans POC"s are taking the brunt of the anti-transgender violence casualties as Myra Ical's death highlighted and much of the anti trans discrimination.

The lack of POC's in the leadership ranks also reinforces a meme that our local opponents like Dave Wilson are only too happy to exploit in communities of color in opposition to our civil rights struggle that the TBLG movement is for 'rich white gays only'. 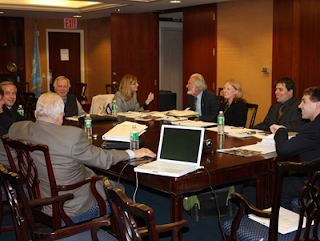 A predominately monoracial group also leads in some cases to flawed political strategy or policy as we have seen repeatedly played out on the national level..

Let's get real for a moment.  Many people in the T ranks have been the beneficiaries of privilege and have only been part of a marginalized community since they transitioned.   POC transpeople have had to deal with all the issues inherent in being members of a marginalized community since birth.  Navigating in that environment is not only nothing new for us, we have the historical frame of reference that informs us how to successfully do so.

So how do you solve the problem and find people of color who are willing to lead?   Ask us.  As I continue to get reconnected and plugged in to all the social networks that got disrupted by my relocation, my offer to be part of the solution is still on the table.   I want to be that leader that POC transpeople and our allies need to see.

But for others that you think will make good leaders, you will need to make the effort to reach out to and ask them to do so.   You'll also have to consider the fact that the POC communities will choose people you may not like as their leaders.   Failure to suck it up and give those chosen leaders a seat at the table can be seen as a sign of disrespect to that community.   It has the potential to lead to more tension and drama that can lead to the POC community to just one day saying 'frack this' and determining their own political destiny.


For persons of color, actions matter.   Nothing says to us you live up to your non discrimination policies and professed principles more than seeing one of our own in the trenches involved in those leadership decisions and speaking out. .

And you will need us sooner or later in this decade in a multicultural place such as Houston to talk to our communities, our legislators and our councilmembers about trans issues when they crop up.   Identity politics aren't going away any time soon.   Time to deal with the reality that they exist.

I would submit you would rather have it happen as part of a greater effort and the entire diverse Houston trans community continuing to be an shining example of moving forward together.