Sucks To Be Disrespected, Doesn't It Del. Pena-Melnyk? 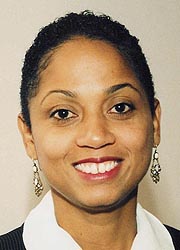 Was chuckling at the Metro Weekly post featuring Del. Joseline 'You People' Pena-Melnyk complaining about not being seen by Senate president Mike Miller concerning the unjust trans rights bill she 'worked hard' on.


Del. Joseline A. Pena-Melnyk (D-Anne Arundel, Prince George's) said, "It is a tremendous, gross disrespect to the community because he's marginalizing a group of people and basically saying, 'You don't matter, you don't count.'"

Hmm, is she talking about herself, Sen. Miller or Morgan Meneses-Sheets?

Yeah, Del. Pena-Melnyk, it sucks doesn't it?   Now you know how those of us who opposed your HB 235 that stripped public accommodations out of it and respectfully tried to have a civilized discourse with you about it felt when we were disrespected, belittled and yelled at by you.


Neither do I feel good about being put in the position of having to openly root against a trans rights bill and advocate to kill it because it was so fracked up. 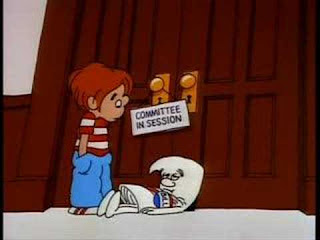 Now that you've and the EQ MD people tried removing public accommodations from a trans rights bill and it's about two weeks from deservedly dying in committee, can we go back next session or whenever y'all take up this issue again to try compiling a comprehensive trans civil rights bill that we can all get behind?

It's not a good idea to write civil rights legislation that beneifts a marginalized community based on being 'scurred' about what the Religious Reich will say about it.

We transfolks already know what their game plan is.  They will lie, lie, lie and hope one of those lies is enough for y'all to be 'scurred' enough to water down the tough comprehensive rights bill we need   We hope and pray 'you legislative people' are smart enough not to fall for it.

But alas, you and EQ Maryland fell for the Reicher okey doke.  Robert 'Android Marriage' Broadus and friends won before they even hopped in their cars to come to Annapolis to regurgitate that ridiculous testimony in front of your committee.


You now know what it's like to walk in our pumps.   Doesn't feel good does it?