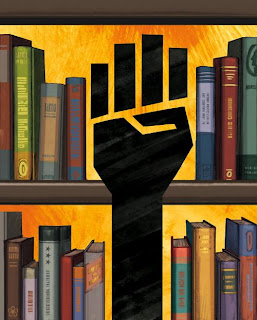 One of the things I and other POC social justice bloggers get tired of hearing, especially from people who have only surfed by our blogs maybe once or twice is when I call out and expose instances of how whiteness, white privilege and white supremacy insidiously are present in whatever situation I may be pontificating on.   They get defensive and the charge that gets hurled back in nanoseconds is 'you're a racist'.

White people, don't get it twisted.  Racism equals prejudice plus systemic power, a concept that is learned in Sociology 101.    Racism is not an epithet you hurl at a POC who is criticizing White people.


What I am is socially conscious.   I don't discount, deny or ignore the fact that bigotry and racism are a key element in everything that our society is built on.  I'm aware of the problems that my community and the others I interact with face on a regular basis including my own, and I'm sensitive to the difficulties and hardships of our society.

As part of my social consciousness and its constant evolution,  I'm more than clued in to the fact as a proud African American transwoman that class, gender, race, sexual orientation and the color of your skin matters in this society far more than your character and intelligence. 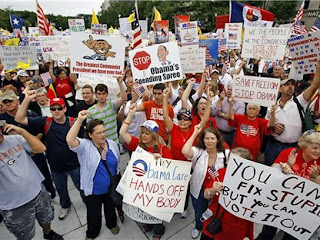 Perhaps the day is coming when that statement won't be so accurate.   But we definitely ain't there yet .

The reality is that stuff does shake out along color lines.  If it didn't, identity politics wouldn't be as potent as it is.   We wouldn't have large groups of low and middle income White people voting against their own economic interests for over a century and repeatedly falling for the 'have mores' blaming their problems on Blacks and Latinos.

Exhibit A of that centuries long historic tendency:  The Tea Klux Klan.

You also wouldn't have that fetishistic attachment to guns either because of the fear expressed inside your ranks since the days of Thomas Jefferson that one day we 'cullud' folks would rise up and take vengeance upon you for the heinous human rights crimes committed against us and our ancestors.

So, when I tell it like it T-I-S is about various subjects inside and outside the communities I intersect with, yes I'm doing it from a chocolate perspective that doesn't always neatly line up with your worldview at times.

But that worldview not only doesn't make me a black beret coiffed Afro wearing militant, it isn't necessarily one that is automatically invalid either.

And from time to time when my chocolate scented viewpoint goes there and calls out the obvious scent of vanilla flavored privilege permeating through our culture and a particular situation, don't get defensive and start with the 'you're a racist' crap in return because my comments plucked a nerve.

If it plucked a nerve, you may need to take a deep insightful look within yourself and ask why you reacted so strongly to it.

Besides, it's not like I haven't been just as harsh on my own people inside and outside the TBLG community either when they screw up.  Y'all just think I give them a free pass because I constantly stay on your behinds.

So no White peeps, don't get it twisted.   I'm socially conscious, not 'racist'.    I know there's no hope for those of you who watch Fox News and listen to conservative talk radio all day to figure that out, but for those of you who have IQ's above Michele Bachmann's,  I know you're intelligent enough to know the difference.