Wendy Williams On DWTS 2011- How Long Before The Transphobic Slurs Follow? 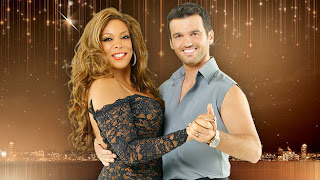 The contestants for this season's run of Dancing With The Stars have been announced, and one surprise was talk show host Wendy Williams.will be in the Season 12 cast paired up with dancer Tony Dovolani.

But one of the things I'm equally surprised about is the so far lack of transphobic commentary about the announcement aimed at Ms. Williams.

Or maybe they're saving it until the show actually airs.

I've talked about how some folks who patronize the Black gossipsphere have serious hate on for her, and slammed the readers of Bossip last August for their use of transphobic slurs in denigrating the 5'11'' Ms Williams.


The new season of Dancing With The Stars starts March 21, and I will be interested to see how long it will take before the Black gossip blogs start unleashing a fresh barrage of transphobic barbs at her.

If they aren't doing so already.
Posted by Monica Roberts at 9:00 AM